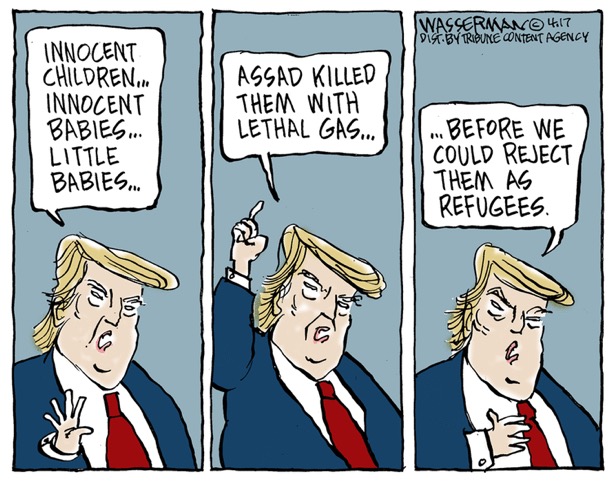 Under the guise of the “War on Terrorism”  the Pax America United States has declared to right to invade any country in the world on the basis of Preventive strike. Imperialist nation have claimed the right to first war strike and change the government in any county it deems to be terrorist. Countries so accused, no longer have the rights to sovereign borders, self-determination to choose their own government, ect.. — Roland Sheppard 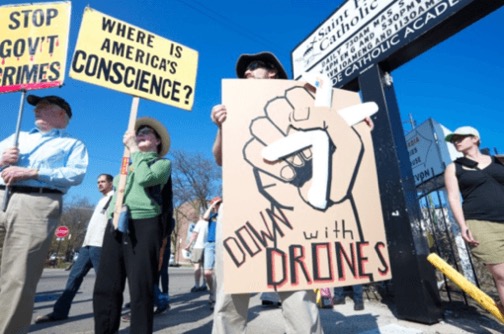 Kicking Them While They’re Down: What Trump is Doing to Appalachia by Kenneth Surin

Police Terror in the Sanctuary City by David Welsh 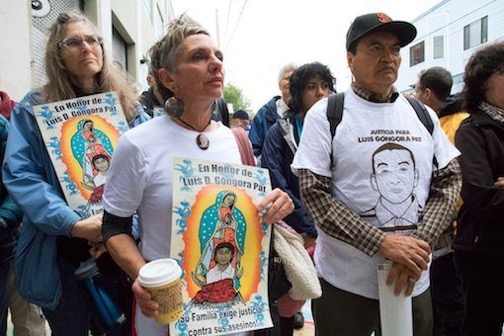 Trump No Better for Haiti than Clinton: Many Haitian-Americans took an “anything but Hillary Clinton” position during the 2016 election, because of her role in rigging Haitian elections. However, U.S. policy towards Haiti has not changed under the Trump regime, said Dahoud Andre, a Brooklyn-based Haitian community activists and radio host. “Were Donald Trump to have been the one in the Clinton’s position” in Haiti, said Andre, “he would not have given the hold mine contracts of Haiti to Hillary’s brother, but he would have probably given them to his son-in-law.”

All-White Brazil Regime Guts Programs for Blacks and the Poor: The right-wing regime that took removed the Workers Party from power in Brazil is forging ahead with plans to put a 20-year freeze on social spending and gut programs for the poor, despite abysmal public approval levels. “There’s a sense from the big banks in Brazil, and from the national and multinational corporations, that they need to push through all of their agenda while they have this golden opportunity,” said Alexander Main, of the Center for Economic and Policy Research, in Washington. The Workers Party’s political base “comes from the North of Brazil, the Blacker parts of Brazil,” said Main, while the “entire government is white and male and pushing to dismantle” the progress made by Black Brazilians. Afro-descendants make up a majority of the population.

Happy Birthday to Philly Free School: April 15 marks the 5th anniversary of the Saturday Free School, located in the historic Church of the Advocate, in Philadelphia. “We base our method and theory on the works of W.E.B. Dubois and James Baldwin, because they explicitly rejected academia” and found the truth in “the lives of poor and working people,” said Nandita Chaturvedi, a student-teacher-organizer at the school. Last year’s national conference on the Black Radical Tradition, in Philadelphia, was largely the brainchild of activists with the Saturday Free School. A conference and birthday celebration is scheduled for this Saturday, the 15th.

Mumia’s Liver Severely Damaged: “In prison, money is the master; the ill are all but ignored,” said Mumia Abu Jamal, the nation’s best known political prisoner, in a commentary for Prison Radio. Abu Jamal won a two-year battle to force the Pennsylvania Department of Corrections to treat his hepatitis-C, a virus that infects thousands of other inmates. New tests show “not only that I have advanced hepatitis-C, I have cirrhosis of the liver, because the DOC didn’t want to spend the money to treat my infection,” he said. “The DOC said it would cost them $600 million. It may only cost me my life.”

Black Agenda Radio on the Progressive Radio Network is hosted by Glen Ford and Nellie Bailey. A new edition of the program airs every Monday at 11:00am ET on PRN. Length: one hour.

Catastrophic ‘anti-infestation’ logging threatens US National Forests A fresh wave of logging is hitting America’s national forests, writes Brett Haverstick. But this time it’s all for the sake of ‘forest health’ and ‘fire prevention’. It might look like industrial clear-cutting to you and me, but really, it’s in a good cause. And if the forests and precious ecosystems they harbor just happen to perish in the process … well ain’t that just too bad? 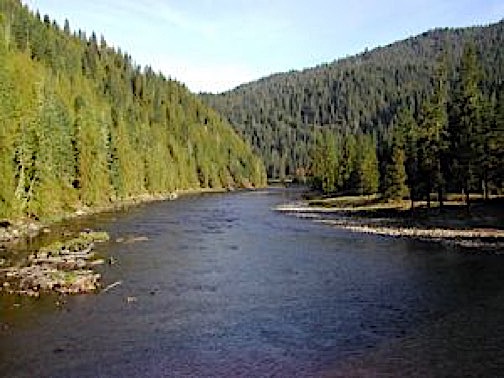 Related Article: “A Ponzi Scheme” The Economy is Only A Paper Moon 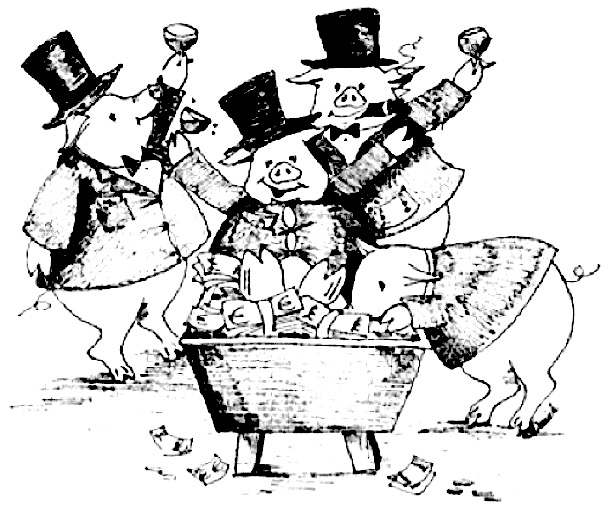 If one paraphrases the lyrics in ‘Yip’ Harburg’s, song: It’s Only A Paper Moon, to the current economy, they would go like this:

The Economy is Only A Paper Moon — Say, it’s only a paper economy

Sailing over a bubbled cardboard sea, — But it wouldn’t be make-believe  if one didn’t believe in thee.

Yes, it’s only a canvas sky  Hanging over a muslin tree

Just as phony as it can be — But it wouldn’t be make-believe, If you didn’t believe in thee.

The Question How Can the Stock Market Be at an all time, high since 2009, while the Gross National Product has basically remained at the same as the its 2009 level? See Shadow Government Statistics — Commentary No. 879, April 7, 2017. 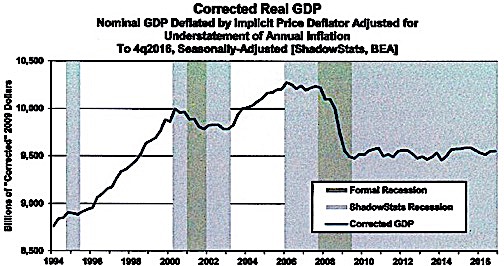 The answer is simple. The Capitalist, due to the treachery of the trade union bureaucracy, have been able to steal the working class’s share of the surplus valve that they produce. And through dividends, buyback, and reinvesting in their own stocks. Thus the rise in the stock market reflect the rise in profits, but not through any to value produced. From the Harvard Business Review a 2014 article, Profits Without Prosperity By William Lazonick: 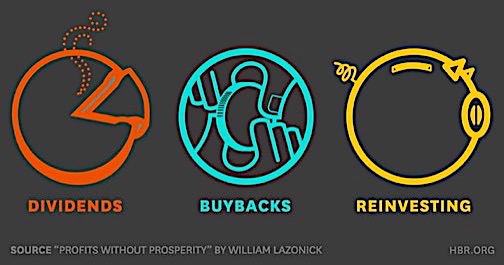 Five years after the official end of the Great Recession, corporate profits are high, and the stock market is booming. Yet most Americans are not sharing in the recovery. While the top 0.1% of income recipients—which include most of the highest-ranking corporate executives—reap almost all the income gains, good jobs keep disappearing, and new employment opportunities tend to be insecure and underpaid. Corporate profitability is not translating into widespread economic prosperity. The allocation of corporate profits to stock buybacks deserves much of the blame. Consider the 449 companies in the S&P 500 index that were publicly listed from 2003 through 2012. During that period those companies used 54% of their earnings—a total of $2.4 trillion—to buy back their own stock, almost all through purchases on the open market. Dividends absorbed an additional 37% of their earnings. That left very little for investments in productive capabilities or higher incomes for employees.
At the same time, Real Wages have Fallen Since the Wage Price Freeze of 1972  (Shadow Government Statistics)  Graph 3 plots the seasonally-adjusted earnings as officially deflated by the BLS (red-line), and as adjusted for the ShadowStats-Alternate CPI Measure, 1990-Base (blue-line). When inflation-depressing methodologies of the 1990s began to kick-in, the artificially-weakened CPI-W (also used in calculating Social Security cost-of-living adjustments) helped to prop up the reported real earnings. Official real earnings today still have not recovered their inflation-adjusted levels of the early-1970s, and, at best, have been in a minimal uptrend for the last two decades (albeit spiked recently by negative headline inflation). Deflated by the ShadowStats (1990-Based) measure, real earnings have been in fairly-regular decline for the last four decades, which is much closer to common experience than the pattern suggested by the CPI-W. See the Public Commentary on Inflation Measurement for further detail. 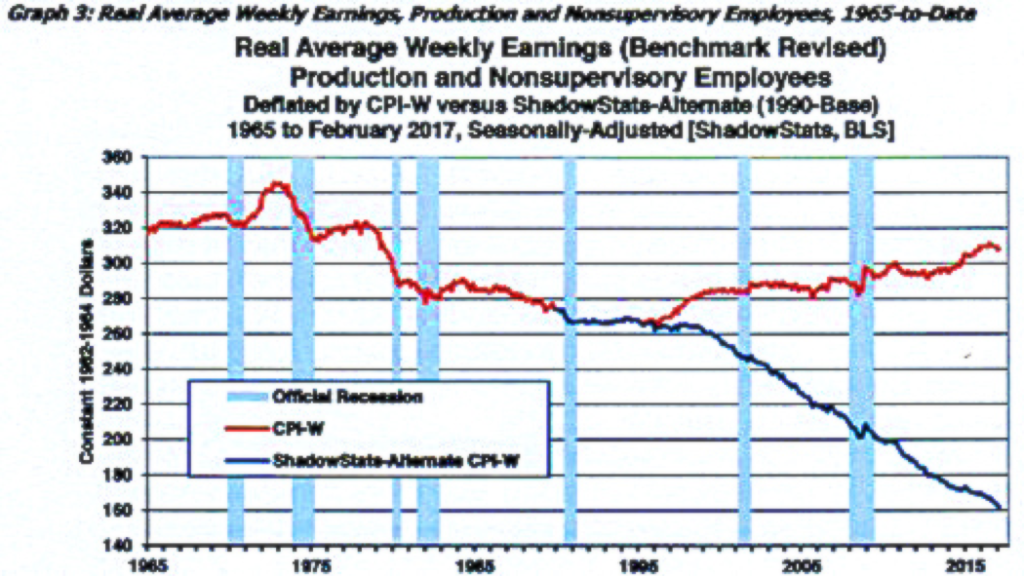 Also at the during the same period, more than 1 in 5 workers has been unemployed. Shadow Government Statists Alternate Unemployment Chart: 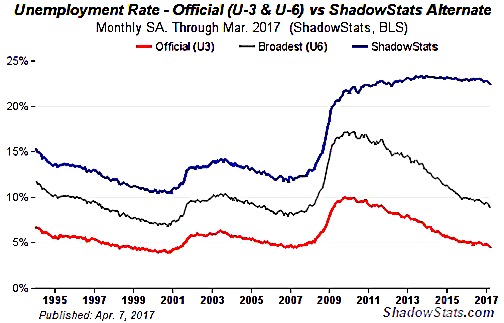 The capitalists have not only stolen wages, but they have also stolen deferred wages. As the Capitalists have stolen from pension funds, social security funds, and undercut unemployment/welfare payments and the Financial institutions are robbing are the working class and the youth through usury, since usury is legal again. Read: How a Supreme Court ruling killed off usury laws for credit card rates  and Students loans fail usury test. (See Graphs Below) 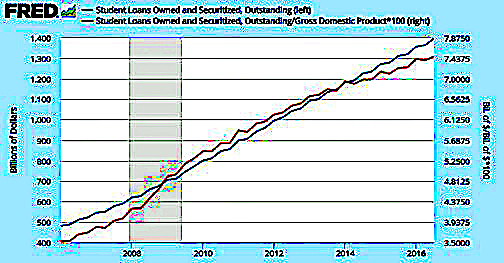 It is only a matter of time before this stock market rise bubble bursts again, since it does not reflect any increase in real value, but paper value.

Capitalism can only impose more theft (Austerity) to solve its’ current crisis, imposed by the Iron Heel, if necessary.The only real alternative to the paper illusion of Capitalist prosperity, is the socialist solution. — To act collectively, in our overall interests for our survival as a species, to correct the problem and to remove the obstacle of capitalism. It requires a society where humanity has social, economic, and political control over the entire environment. Such a society, a socialist society, is needed to ensure that all decisions affecting the environment are under the democratic control of humankind so that the production of goods will be done for the needs and survival of planet and humanity instead of the production and the destruction of humanity and other species for profit.

Julian Assange Is A Political Prisoner Who Has Exposed Government Crimes And Atrocities Julian Assange is a political prisoner. He has never been charged with a crime. Everyone who recognizes his name should know this, and if they don’t it is only because the largest media outlets have misreported or not reported the basic facts of his detention. This in itself is a searing indictment of the media that Assange and WikiLeaks have struggled to reform. It also puts to shame all of the Western governments, political leaders, and journalists who claim to care about human rights and civil liberties but remain silent ― or worse ― about one of the world’s most famous prisoners of conscience. By Mark Weisbrot 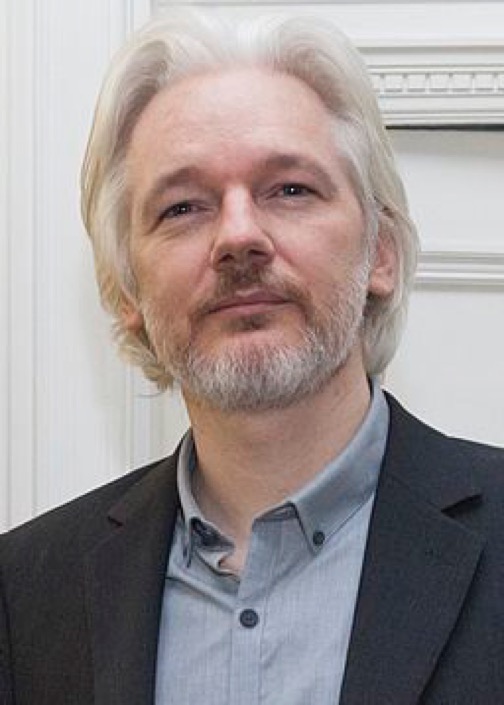