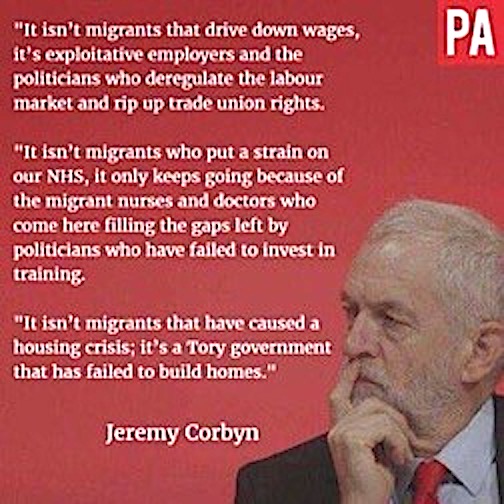 The Only Victors of War — The War Profiteers! 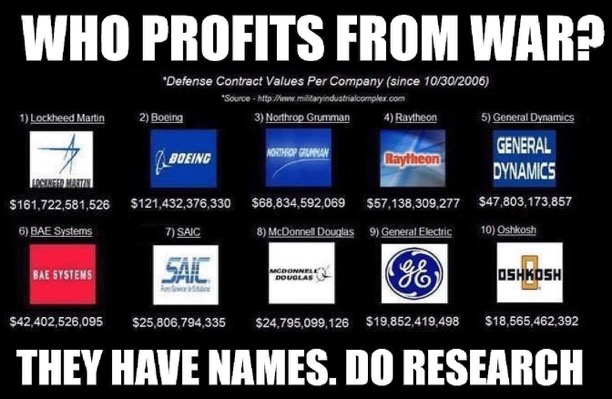 Wars cost money before, during and after they occur — as governments prepare for, wage, and recover from them by replacing equipment, caring for the wounded and repairing the infrastructure destroyed in the fighting.  Although it is rare to have a precise accounting of the costs of war — especially of long wars — one can get a sense of the rough scale of the costs by surveying the major categories of spending. As of August 2016, the US has already appropriated, spent, or Taken on obligations to spend more than $3.6 trillion in current dollars on the wars in Iraq, Afghanistan, Pakistan and Syria and on Homeland Security (2001 through fiscal year 2016). To this total should be added the approximately $65 billion in dedicated war spending the Department of Defense and State Department have requested for the next fiscal year, 2017, along with an additional nearly $32 billion requested for the Department of Homeland Security in 2017, and estimated spending on veterans in future years.  When those are included, the total US budgetary cost of the wars reaches $4.79 trillion. But of course, a full accounting of any war’s burdens cannot be placed in columns on a ledger. From the civilians harmed or displaced by violence, to the soldiers killed and wounded, to the children who play years later on roads and fields sown with improvised explosive devices and cluster bombs, no set of numbers can convey the human toll of the wars in Iraq and Afghanistan, or how they have spilled into the neighboring states of Syria and Pakistan, and come home to the US and its allies in the form of wounded veterans and Contractors  Yet, the expenditures noted on government ledgers are necessary to apprehend, even as they are so large as to be almost incomprehensible. — US Budgetary Costs of Wars through 2016: $4.79 Trillion and Counting

No Evidence that Trump’s Tax Plan Would Boost Economy or Create Jobs There is no evidence to support Republican arguments that cutting corporate and small-business taxes will boost the economy or create jobs, says Gerald Epstein of UMass Amherst. ‘In the end, the only ones that, of course, are going to gain, are the corporations’

Trump’s tax plan will hurt this one bracket of high-income earners It’s a large tax cut for most Americans, but experts say it’s not the “biggest ever.” And for one group of high-income earners, their taxes may actually rise. Single filers earning between $191,650 and $416,700 will see their marginal tax rate rise from 33% to 35%. Married-joint filers earning between $233,350 and $416,700 will experience the same marginal tax rate increase. (Your marginal tax rate is the amount of tax paid on your next dollar of income, as you move into a higher tax bracket. It is not your overall, or effective, tax rate, which is typically lower.) By Sally French 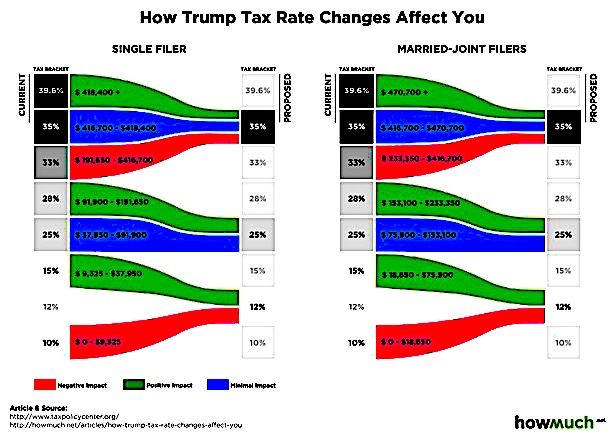 The FBI’s Forgotten Criminal History President Trump’s firing of FBI chief James Comey last May spurred much of the media to rally around America’s most powerful domestic federal agency. But the FBI has a long record of both deceit and incompetence. Five years ago, Americans learned that the FBI was teaching its agents that “the FBI has the ability to bend or suspend the law to impinge on the freedom of others.” This has practically been the Bureau’s motif since its creation in 1908. By James Bovard 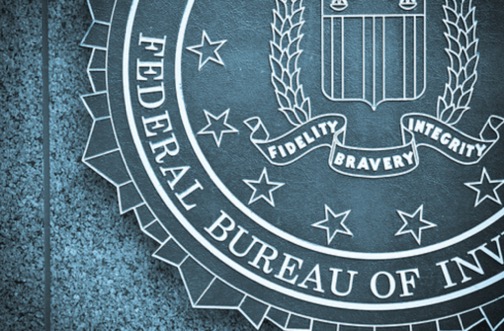 CIA in Afghanistan: Operation Phoenix Redux? These CIA teams in Afghanistan are not just reminiscent of the Operation Phoenix program in Vietnam, the death squads of Central America and the Shia torture and murder militias of Baghdad, they are the direct descendants of them. The CIA is continuing a long tradition of utilizing savage violence by indigenous government forces, in this case along sectarian/ethnic lines, in an attempt to demoralize and ultimately defeat local populations. by Matthew Hoh 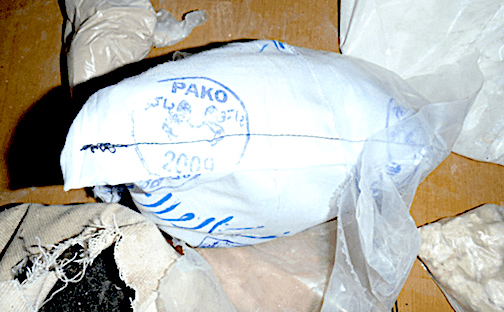 The Origins of the Cuban-American Mafia in Miami In 1959, hundreds of corrupt politicians and servants of the defeated Batista tyranny began to arrive in Miami with bags stuffed with dollars stolen from Cuba’s public treasury. There were hundreds of torturers and murderers among them. They were organized and re-organized by the CIA and other agencies of the United States government to be used in military and terrorist acts against the Cuban revolution and other misdeeds of the extreme right-US in the world. by Manuel E. Yepe

NSA Document Says Saudi Prince Directly Ordered Coordinated Attack By Syrian Rebels On Damascus Behind the attacks, the influence of a foreign power loomed. According to a top-secret National Security Agency document provided by whistleblower Edward Snowden, the March 2013 rocket attacks were directly ordered by a member of the Saudi royal family, Prince Salman bin Sultan, to help mark the second anniversary of the Syrian revolution. Salman had provided 120 tons of explosives and other weaponry to opposition forces, giving them instructions to “light up Damascus” and “flatten” the airport, the document, produced by U.S. government surveillance on Syrian opposition factions, shows. By Murtaza Hussain

Executive Branch at War: Treasury Department Launches Attack on the Consumer Financial Protection Bureau Treasury released a 17-page report arguing that the rule, which would prohibit companies from sticking language into financial contracts that prevent consumers from pursuing class action lawsuits, will “impose extraordinary costs” on businesses without providing benefits from an increase in industry compliance. Furthermore, the agency asserts that trial lawyers will enjoy a “large wealth transfer” if the rule is adopted. By David Dayen

Medical Journals: Monsanto glyphosate in pee, bad for health New research in the prestigious medical journal JAMA (Journal of the American Medical Association) reports on the startling evidence that glyphosate – the main ingredient in Monsanto’s weed-killer, Roundup – is not only getting into our bodies, but has been doing so at increasing levels for decades. The paper, published today (JAMA October 24/31, 2017 Volume 318, Number 16) by medical experts from the University of California measured levels of glyphosate in the urine of one hundred people. The study subjects had been involved in a study since the 1970’s which allowed the researchers to go back and look at historical and current levels of glyphosate in urine over decades. And, the trend is rising, as glyphosate crop uses rise across the country! By Jennifer Sass

Don’t Believe These Dangerous Myths About Industrial Farming Humanity is on track to deplete the world’s soils within 60 years. There’s a solution—but we may not use it in time. Every day there is a new confirmation of how destructive, inefficient, wasteful, cruel and unhealthy the industrial agriculture machine is. We need a total rethink of our food and farming systems before it’s too late. By Bibi van der Zee 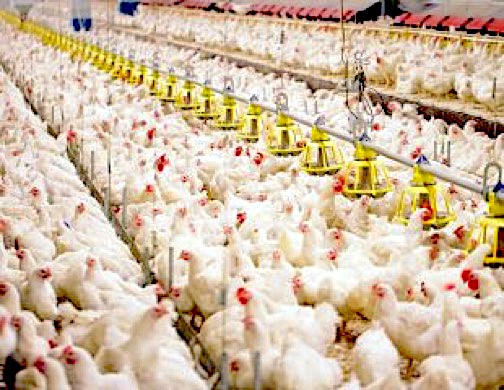 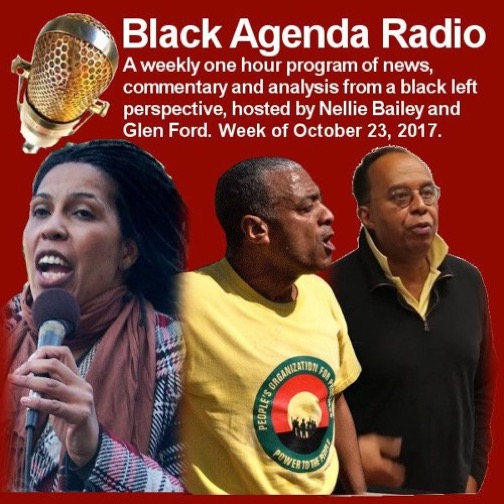 Jamal supporter Dr. Johanna Fernandez, Lark seems to have been “targeted because of his outspokenness against political corruption and police misconduct in Philadelphia.”

Philadelphia to Celebrate Dubois Birthday: Next year marks the 150th birthday of the great Black scholar-activist W.E.B. Dubois. To celebrate the occasion, the Philadelphia Saturday Free School will mount a year-long literacy and democracy campaign” titled “Philadelphia Reads W.E.B. Dubois.” Duboisian scholar Dr. Anthony Monteiro said the campaign will explore “the totality of Dubois’ work,” with the aim of enhancing “the ability of Black working class and poor people to fight for our rights and for peace and justice.”

DA Wants Sugar Bear’s Blood: Courts threw out Robert “Sugar Bear” Lark’s conviction in a 1979 murder because Blacks had been systematically kept off Philadelphia juries. The city’s District Attorney is now demanding that a new jury put the 63 year-old Lark to death. Although Lark is “not a political prisoner in the traditional sense of the word,” said longtime Mumia Abu Jamal supporter Dr. Johanna Fernandez, Lark seems to have been “targeted because of his outspokenness against political corruption and police misconduct in Philadelphia.”

FBI Tries to Shield Violent White Supremacists: Activists in cites nationwide marked National Stop Police Brutality Day, this past weekend, including Newark, New Jersey’s People’s Organization for Progress (POP). POP chairman Larry Hamm noted that the FBI come up with a new designation for Black political activists.” We’ve had a rise in activities among white supremacist and racist hate groups,” said Hamm. “What the FBI is trying to do is take the spotlight off these groups and put it on groups they call ‘Black Identity Extremists,’ which are actually fighting to protect the interests of the Black community.”

Black Agenda Radio on the Progressive Radio Network is hosted by Glen Ford and Nellie Bailey. A new edition of the program airs every Monday at 11:am ET on PRN. Length: one hour. 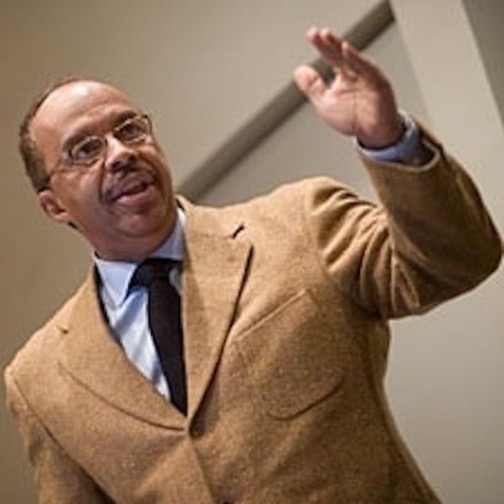 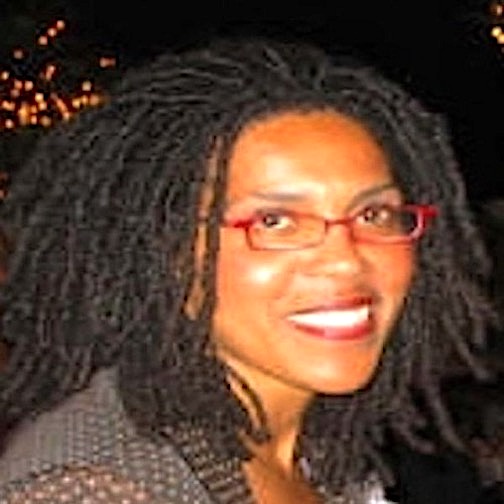 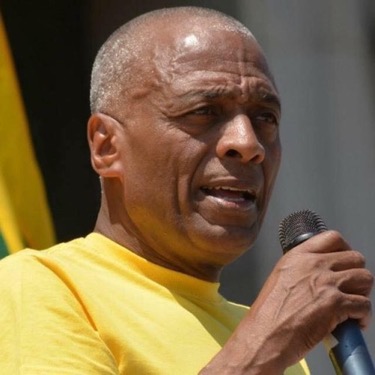 Government Study Confirms $7.25 Minimum Wage Is Poverty Trap for Millions of Americans The $7.25 federal minimum is “a starvation wage that is not enough to keep working families out of poverty,” argued Sen. Bernie Sanders by Jake Johnson

Britain: The decline and fall of Theresa May Theresa May, having ridden high in the nine months following her coronation as Tory leader and prime minister back in 2016, has now met with a dastardly fall. Since the June general election result — which robbed her of her parliamentary majority — everything seems to have gone belly up. Fatally wounded, she has been described by her old colleague, George Osborne, as “a dead woman walking”. Her disastrous election campaign was compounded by the increasing popularity of Jeremy Corbyn’s Labour Party and his left-wing manifesto. By Rob Sewell

Britain facing a “bloodbath” of Tory cuts The Brexit negotiations appear to have ground to a halt. “There was nothing, zero, no progress,” said one official last week. Not surprisingly, there is now a deep sense of frustration, not to mention deep anxiety, about where things are heading. Philip Hammond, the current chancellor, has even warned that a “no deal” scenario would ground all aircraft on day one, clog up all the ports and impose a “hard” border in the North of Ireland. By Rob Sewell 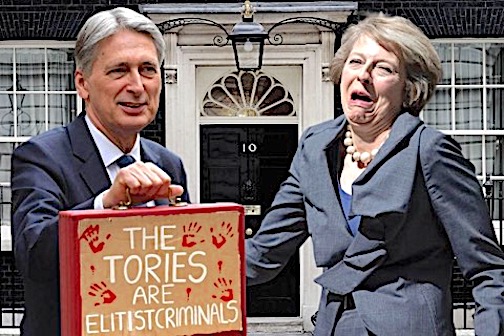 The Costs of War

USA: how single-payer will be achieved Though reform of the US healthcare system is now considered common sense, the Democrats cannot and will not deliver. Only a mass independent political force—with single payer placed at the top of its agenda—is capable of winning this fight. “A political struggle is in its essence a struggle of interests and forces, not of arguments.” – Leon Trotsky, Revolution Betrayed By Antonio Balmer 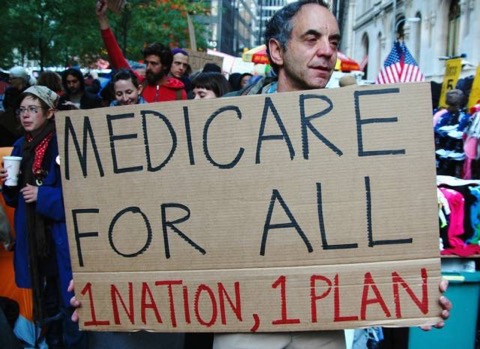