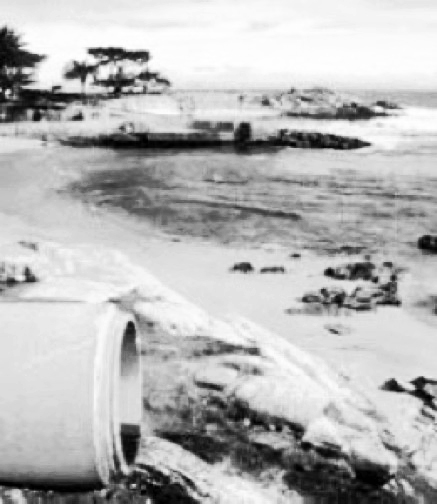 I am a regular reader of Rachel’s Environment and Health Weekly http://www.rachel.org/home_eng.htm on a regular basis.  I just finished reading OCEANS WITHOUT FISH.  Peter Montague, the author of the article, gives a descriptive analysis of the decline of the world’s fisheries and their possible destruction.

He writes about how “Don Tyson, the Arkansas chicken magnate and supporter of Bill Clinton, has gone into the fishing business in a big way. Commercial fishing can be very profitable if conducted on a grand scale.  In 1992, Tyson bought the Arctic-Alaska Fisheries Company, and three other fishing companies.  They operate a fleet of industrial supertrawlers that each cost $40 million to build and reach the length of a football field.  These trawlers pull nylon nets thousands of feet long through the water, capturing everything in their path –400 tons of fish at single netting.              These super-trawlers stay off-shore for months at a time, processing and freezing their catch as they go, thus giving them a major advantage over smaller land-based boats.”

I remember reading Jacques Cousteau describing how he watched, from underwater, fish being netted in the 1950’s, and describing how most of the fish escaped the nets.  Montague’s description reminds me of the “robber barons” of the nineteenth century, who made their original fortunes by raping and pillaging the national environment.

Today’s “robber barons” are not fettered by national boundaries or laws.  They are destroying a good part of the “world’s bounty” and in the process stealing the food of future generations.  It is “free enterprise” at it’s best.  Once they fish the world out, they will invest their money in other enterprises.

I grew up in New Jersey. I remember my Grandfather telling me that he caught blue fish in the the docks, in Hoboken, which was on the other side of the Hudson River from Manhattan!  To me it was a loss of a heritage.

The destruction of the world’s fisheries due to pollution was always horrifying to me but I though that Cousteau was exaggerating when he talked about entire oceans becoming polluted.  Now, I read the latest accounts of the state of the ocean.

In “Living Downstream” Sandra Steingraber explains how toxins in St. Lawrence eels can cause cancer in Beluga whales.  She sites toxins from industrial waste in the United States.  She also sites the Sargasso sea where eels spawn:  “The Sargasso sits at the center of a whirling gyre of currents, and so accumulates seaweed and debris from all over the Atlantic-but especially from the U.S. and Caribbean coasts.  Along with the ocean’s other detritus, chemical pollutants-such as DDT and balls of tar-also slowly drift in and accumulate here to join what the poet Ezra Pound once called ‘this sea-hoard of deciduous things.’”

One of the arguments for preserving the Redwoods and other forests is to preserve the spawning grounds for salmon and other fish.  As they lose the environment to spawn and grow we also lose a valuable part of our public food resources.

We are now very deep in this process.  Seafood production is declining.  There are no controls over this unnatural destruction.  In the past, petroleum was used instead of whale oil, to help save the whales.  What do we substitute for the “bounties of the sea?”

The oceans and the entire environment have to be viewed as humanity’s world treasure.  Marx predicted that capitalism would outlive its usefulness.  If the fish could talk, they would agree.

The Race for Profits is Destroying the Oceans

Last month, May, 1998, President Clinton spoke at the National Oceans Conference held in Monterey, California. Although Clinton did a lot of posturing about the growing crisis in the world’s oceans, he did not clearly address the nature and extent of the crisis.

An article titled “State of the Oceans 1996,” by John Englander, Chairman, Ocean Futures, www.oceanfutures.org. The article is an impassioned plea alerting us to the plight of the oceans and the need for a more rational approach in order to save the oceans and the environment for humanity’s survival.

Englander points out that the oceans are necessary to all of us as a natural resource because:

We are now witnessing decline of the world’s fisheries and their possible destruction.

According to the Englander article, the UN Food and Agriculture Organization estimates that all 17 of the world’s major fishing areas have either reached or exceeded their natural limits, and that nine are in serious decline. Forty percent of valuable U.S. fish stocks are depleted; 43 percent are fished to maximum sustainable levels.

I also wrote about fleets of industrial supertrawlers (the size of a football field) that pull nylon nets thousands of feet long through the water, capturing everything in their path — 400 tons of fish during single netting. These super-trawlers stay off-shore for months at a time, processing and freezing their catch as they go, thus giving them a major advantage over smaller land- based boats.

According to the Englander article, every year in the United States, these methods produce 10 million tons of unwanted, non-targeted fish, which are discarded. (Twice the catch of all commercial and recreational fishing.)

While fish are being depleted, their habitat (spawning grounds) are being destroyed by human invasion and pollution. On this question, Englander makes the following points:

The problem of oceanic pollution largely starts in the major estuaries, with chemicals and nutrients, largely agricultural runoff, causing eutrophication (a situation where the water is so rich in nutrients, that the algae “chokes” the ecosystem and extinguishes most life forms).

The decaying algae in the Mississippi River, for example, has created a 4000 square mile “dead zone” off the coasts of Louisiana and Texas. In this area, the shellfish have been killed and the fish displaced from the otherwise rich environment of the Gulf of Mexico.

While oil spills grab the headlines, they account for only 5 percent of the marine oil pollution.

The majority of the contamination comes from automobile related sources, through the sewage system and as runoff. Each American urban area of 5 million people creates approximately 11 million gallons of oil pollution each year, about the same as the spillage from the Exxon Valdez tanker off Alaska.

Sources of pollution include cars, power plants, and industry. In the developing world, 1.7 billion people do not have sewage disposal systems.

Air pollution accounts for approximately one third of the toxic substances that enter the ocean.     While this figure might be a surprise to most people, it simply follows the fact that air pollution is widely dispersed and the major surface area of the planet is the sea.

Reduced fish yield is closely related to habitat destruction as well as coastal pollution. Ninety percent of the marine catch comes from coastal areas. Wetlands and estuaries are the nurseries for many fish species. We are destroying them on a large scale.

Of the original 220 million acres of wetlands in the lower 48 states, over 50 percent have been lost during the last 200 years. San Francisco Bay, the largest estuary in the Western United States, has lost 60 percent of its water area to land reclamation.

Half the world’s population lives within 100 km of a coastline. The population increasingly tends to live on the coast, increasing pressure on sewage systems, and filling in wetlands.

This reminds me of the “robber barons,” who made their original fortunes by raping and pillaging this country’s environment during the late 1800s. At that time, it was still possible to enforce local and national laws to contain them. But today’s “robber barons” are not fettered by national boundaries or laws.

The basis for the problem is that the oceans are international. In the worldwide drive for profits, the environment is being destroyed. Especially with the collapse of the Soviet and Asian economies, it is not profitable, in the context of world and national capitalist competition, to change the present process and to build an economic infrastructure that will divert capital to protect the environment.

At this stage in world history, capitalism cannot afford to protect the environment. Yet humanity cannot afford its destruction. We need to begin reversing the damage to the ocean before it is too late.

To quote Rachael Carson from her book, The Sea Around Us:

It is a curious situation that the sea, from which life first arose, should now be threatened by the activities of one form of that life. But the sea, though changed in a sinister way, will continue to exist; the threat is rather to life itself.

Englander appeals to all to begin to defend the oceans. He concludes with a quote from anthropologist Margaret Mead:

“Never doubt that a small group of thoughtful, committed citizens can change the world. Indeed, it is the only thing that ever has.”

If we continue to organize against capitalism and its destructive momentum, we can change the world.”