Columbus Day Was The Begining of the Genocide of Native Americans 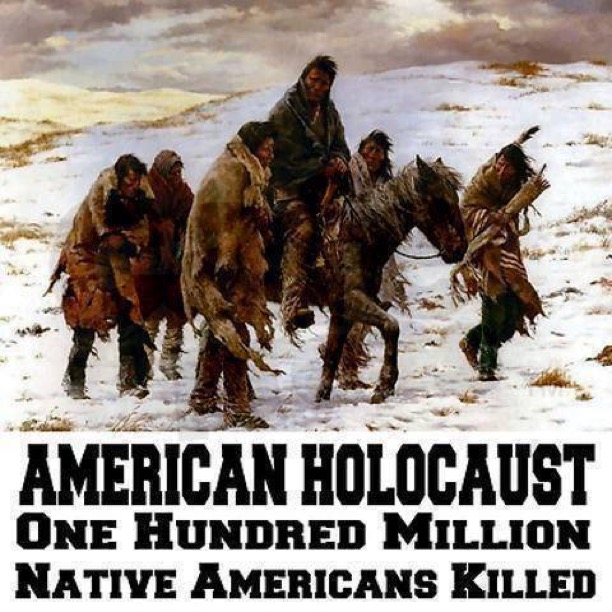 It’s the lack of accountability, the failure to prosecute those who lied to get us into the war, who encouraged battlefield tactics that resulted in the massacre of women and children, who authorized the indiscriminate bombing of civilian targets, who drenched Vietnam in chemical poisons that will cause birth defects and death for generation.In order to maintain this central lie, Burns and Novick must establish a false balance between good and evil on both sides. Every time the United States is shown doing something bad, Burns and Novick show us how the Vietnamese also did bad things. In one absurd example, Coyote intones something like, “we called them ‘Dinks,’ ‘Gooks,’ ‘Mamasans;’ they called us ‘invaders’ and ‘imperialists.’” The GI terms are dehumanizing, but the Vietnamese terms are accurate. People who cross 3,000 miles of ocean to attack a country that has done them no harm, are accurately called ‘invaders.’ I suppose you could argue about the ‘imperialist’ charge. Vietnamese soldiers killed some 58,000 Americans and wounded a couple of hundred thousand more. Buns and Novick put the number of Vietnamese we killed at 3 million, but most experts say it was more like 4 million and Vietnam says it’s 6 million, with more people continuing to die from unexploded ordinance and Agent Orange. We destroyed 60% of their villages, sprayed 21 million gallons of lethal poisons, imposed free fire zones (a euphemism for genocide) on 75% of South Vietnam. They attacked US military bases in their country and never killed an American on American soil. There are no equivalences here. . . . None of the six million participants in the American peace movement gets similar treatment. The same is true, incidentally, of the Vietnamese. While the sound bites are great, there are no Vietnamese back stories either. Without the peace movement, there is no moral center to this series. The lack of accountability is fatal. That an American general can watch from a helicopter the massacre at Mai Lai (as the films tells us) and suffer no consequences is sickening. If military courts had aggressively prosecuted violators of human rights, or even if we only had held detailed and accurate reconciliations where the truth came out, there would have been a chance that our reckless invasions of Iraq with its policy of torture and the invasion of Afghanistan would not have followed so easily. When people are held accountable for their actions, perpetrators of questionable violent acts think twice. Last week on NPR an American general in Afghanistan announced that we are not trying to occupy territory in Afghanistan, we are simply trying to kill terrorists. Here, again, is the same rationale of the body count that led to disaster in Vietnam. We are reliving the Vietnam War because no one was ever really held responsible for its horrors. The moral center of the Vietnam War was held by those who opposed it. Several people I’ve talked to say the series is depressing. I had the same feeling of despair at the end. Burns and Novick suggest Vietnam’s a tragedy. It’s not. In tragedy a powerful human makes a terrible mistake and suffers the consequences. No one suffered any consequences for Vietnam. Burns and Novick assure us that even if people did wrong, they didn’t mean to. America is still the shining city on the hill and we can do no wrong. — The Tragic Failure of Ken Burns’ “The Vietnam War”

Should Limiting North Korea’s Nuclear Ambitions be the Responsibility of the U.S. Government? by Lawrence Wittner 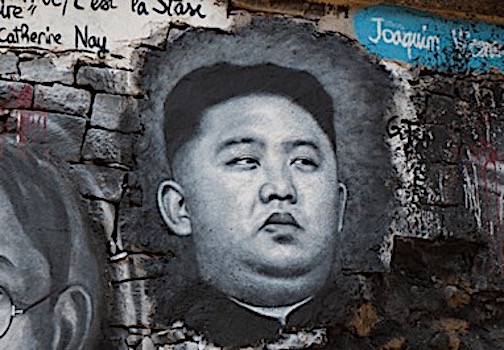 How Billionaires Become Billionaires Contrary to the propaganda pushed by the business press, between 67% and 72% percent of corporations had zero tax liabilities after credits and exemptions … while their workers and employees paid between 25 – 30% in taxes. The rate for the minority of corporations, which paid any tax, was 14%. According to the US Internal Revenue Service, billionaire tax evasion amounts to $458 billion dollars in lost public revenues every year – almost a trillion dollars every two years by this conservative estimate. The largest US corporations sheltered over $2.5 trillion dollars in overseas tax havens where they paid no taxes or single digit tax rates. Meanwhile US corporations in crisis received over $14.4 trillion dollars (Bloomberg claimed 12.8 trillion) in public bailout money, split between the US Treasury and the Federal Reserve, mostly from US tax payers, who are overwhelmingly workers, employees and pensioners. The recipient bankers invested their interest-free or low interest US bailout funds and earned billions in profits, most resulting from mortgage foreclosures of working class households. Through favorable legal rulings and illegal foreclosures, the bankers evicted 9.3 million families. Over 20 million individuals lost their properties, often due to illegal or fraudulent debts. A small number of the financial swindlers, including executives from Wall Street’s leading banks (Goldman Sachs, J. P. Morgan etc), paid fines — but no one went to prison for the gargantuan fraud that drove millions of Americans into misery. By James Petras 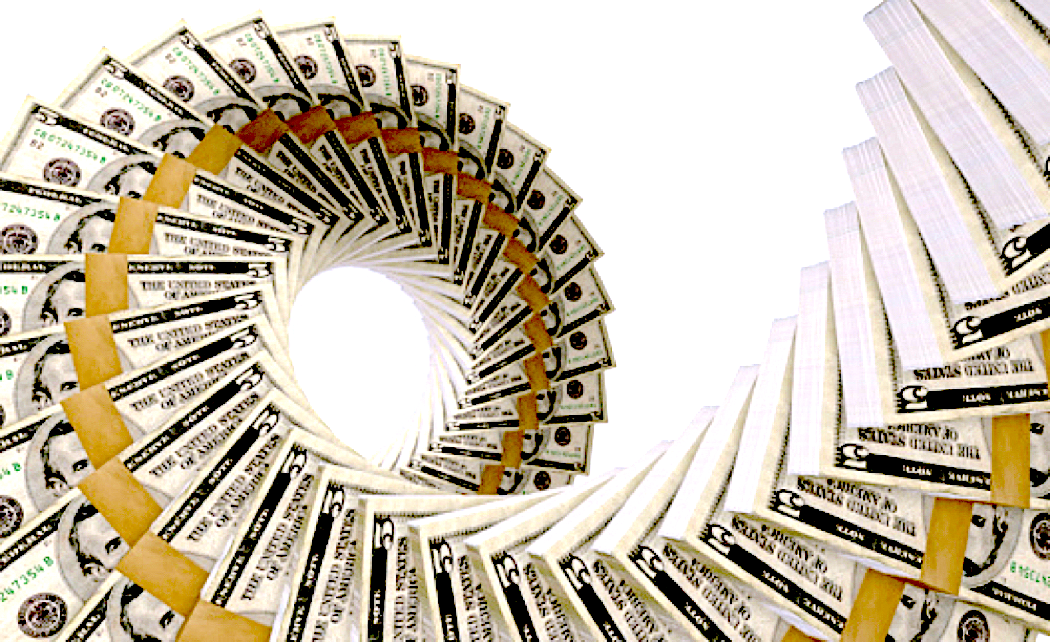 The Pursuit of Convictions at Any Cost Too Often Taints Crime Lab Results and Justice By all accounts, DNA plays an extraordinary role in our modern American criminal justice system. In crime labs across the country, DNA is used as a critical identification marker to accurately determine guilt or innocence and, in capital cases, even life or death. However, such accuracy is dependent upon the integrity of the processes these forensic labs employ. Without adherence to consistently high standards and proper checks and balances, key evidentiary processes — like the collection, storage and analysis of DNA samples — can lose their extraordinary capacity for identification, enabling critical mistakes and impacting lives. By D. Amari Jackson 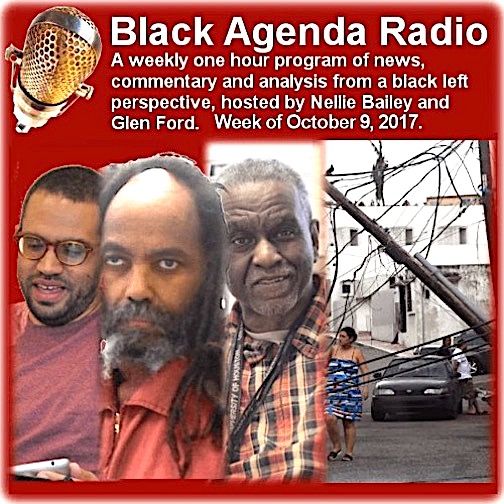 Malcolm X and Liberation Theology: “The theological imagination gives us the opportunity to reframe the conversation in the service of justice,” said Dr. Vincent Lloyd, who teaches theology at Villanova University. Malcolm X espoused the religion of the “field Negro,” and “called out his contemporaries, including Dr. King, when they were too invested in the powers that be.”
Puerto Rico Rocked by Storm of Colonialism: A report by the Washington-based Center for Economic and Policy Research says Puerto Rico needs “a whole new economic plan” if it is to recover from hurricane damage. According to researcher Kevin Cashman, however, the island’s colonial status “was a big part of why Puerto Rico is in this mess, to begin with.”
Neocolonialism Under-Develops the Caribbean: Climate change, on top of subservient relationships, makes Caribbean nations more vulnerable to hurricanes, said Caribbean Solidarity Network co-founder Runako Gregg. Most of these nations have been under-developed through colonialism and neocolonialism, said Gregg, speaking from Toronto, Canada. Ties to the Global North are “not leading to any sort of real independence and self-determination.”
The U.S. was Eternal Enemy of Soviet Union: The United States tried to destabilize and destroy the Soviet Union “in the womb,” beginning with an invasion of Russia shortly after the Bolsheviks took power 100 years ago — a fact of which most Americans are ignorant, said Dr. Gerald Horne, the prolific author and professor of history and African American studies at the University of Houston. “Many of our liberal, labor and radical friends are not even aware of the history of the their own ideological tendencies,” said Horne.
Mumia Legal Move in Limbo: Supporters of Mumia Abu Jamal, the nation’s best known political prisoner, fear a Pennsylvania judge may be backing away from his order that the Philadelphia district attorney’s office turn over all of its files on the case. Sophia Williams, of the Campaign to Bring Mumia Home, said “We’re really in a lingering state, where Mumia’s life still hangs in the balance.” Abu Jamal’s lawyers say the DA was politically cozy with the Fraternal Order of Police, which demanded that the radio journalist be executed in the killing of a cop.

Black Agenda Radio on the Progressive Radio Network is hosted by Glen Ford and Nellie Bailey. A new edition of the program airs every Monday at 11:am ET on PRN. Length: one hour.

Global Warming: Nature Strikes Back: Fire In the West — Severe Storms in the East! 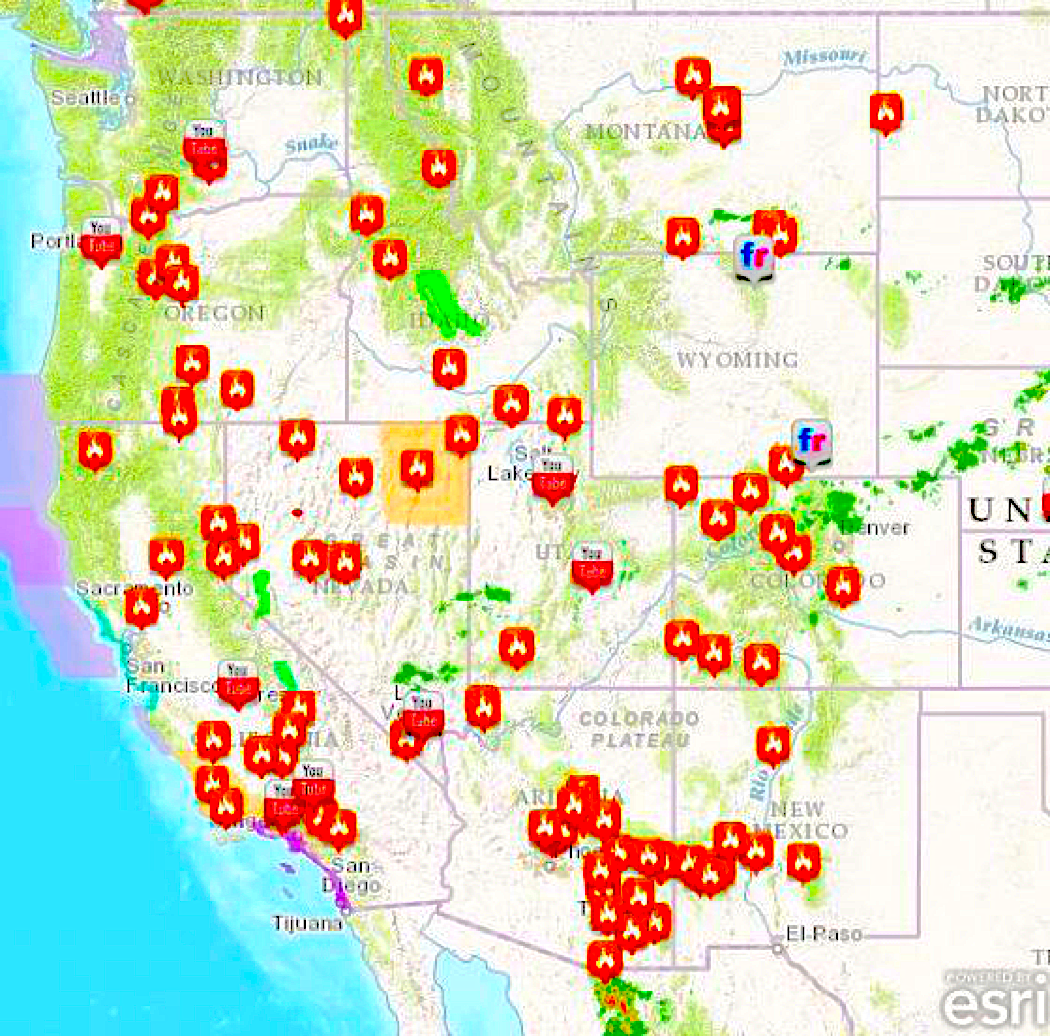 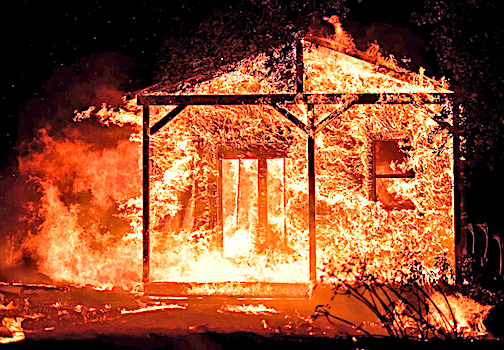 As Catalonia Plans Independence from Spain, Julian Assange Advises Organizers on Secure Messaging Barcelona’s Mayor Ada Colau is calling for Spain to remove thousands of state police who have been deployed to Catalonia ahead of tonight’s expected declaration of independence by regional President Carles Puigdemont, possibly triggering intervention by Spanish forces. We speak with WikiLeaks founder and editor-in-chief Julian Assange, who has been advising those pushing to secede on how to communicate securely even as the state pushes back. 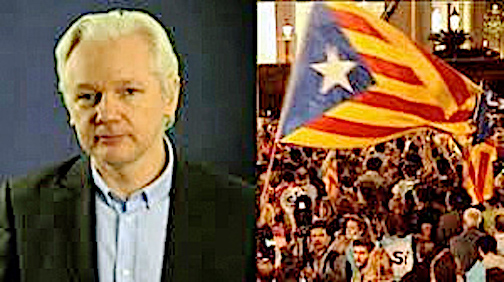 Catalonia: towards an independent republic? #BenvingudaRepública (Welcome Republic): this is the hashtag being used to organise mobilisations today, Oct 10 in Barcelona, when the Catalan president, Carles Puigdemont, will address Catalan Parliament about the results of the independence referendum on Oct 1. Those organising the mobilisations have two aims: to push Puigdemont to actually declare the Catalan Republic and also to defend and protect the session of the Catalan Parliament (the Spanish Constitutional Tribunal already ruled on Friday that a session which was to take place on Monday had to be cancelled). What will happen By Jorge Martin 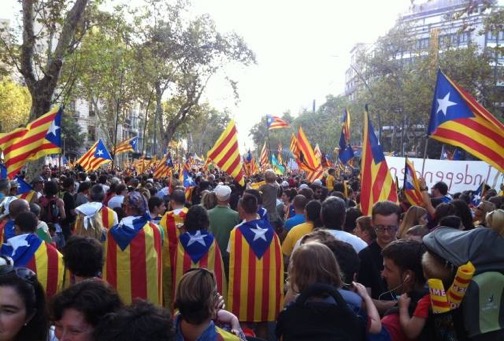