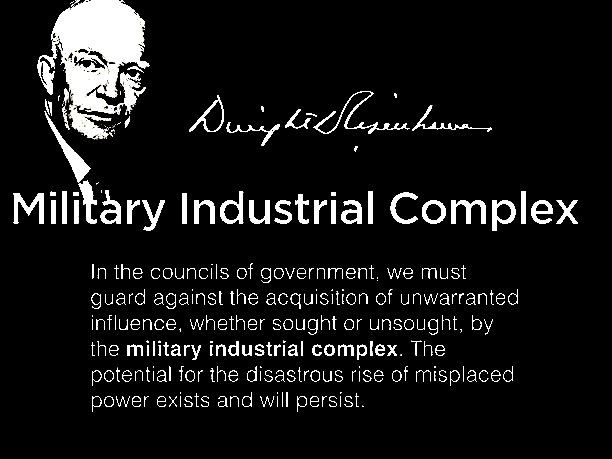 The War on Science 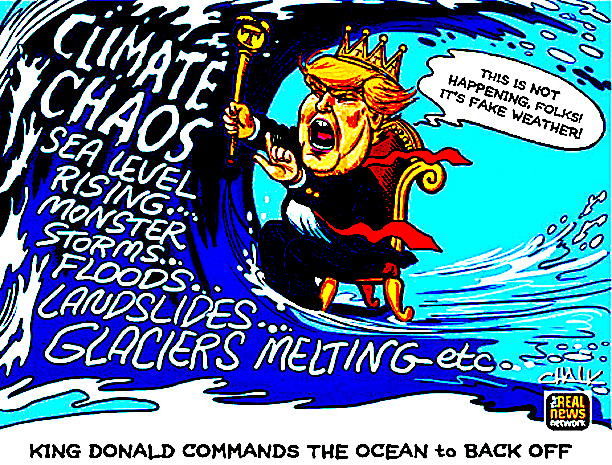 Editorial: The ‘Chemical Coast’ is a Petrochemical Superfund site: In the aftermath of Hurricane Harvey, The Entire ‘Chemical Coast’, The Texas, Louisiana and Mississippi Gulf Coasts, should be treated as a massive superfund site! The ‘Chemical Coast’ is home to numerus superfund sites, which have been flooded. Mixed with flooded oil refineries and flooded chemical sites, the whole flooded area has become a super superfund site. Along with the petrochemical industries carcinogenic black plumes, the air, the land, and the water have become a massive toxic gumbo that will spread throughout the area threatening all life. People should be immediately evacuated from the whole area —  The petrochemical Chemical companies have to be closed down! It is time to stop using fossil fuels! People should come before the profits of the 1%! — Roland Sheppard

Catalonia and Spain ‘Playing Chicken’ Ahead of Independence Vote One million people took to the streets in Barcelona to support Catalonian independence from Spain. The movement plans for a referendum on Oct. 1, in violation of a court ruling declaring the referendum unconstitutional, explains Carlos Delclos of Roar Magazine

No Federal Charges for Police in Freddie Gray Case The Justice Department has rejected federal charges for the six Baltimore officers involved in the death of Freddie Gray. With Trump rolling back federal oversight, police veteran Neil Franklin says the push for justice and reform has to come from the local level 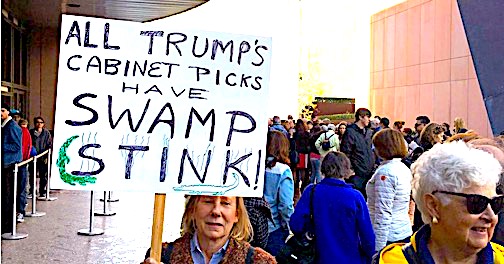 Military Industrial Complex: The Pentagon’s New Wonder Weapons for World Dominion Not quite a century ago, on January 7, 1929, newspaper readers across America were captivated by a brand-new comic strip, Buck Rogers in the 25th Century.  It offered the country its first images of space-age death rays, atomic explosions, and inter-planetary travel. by Alfred W. McCoy

Democracy Now!: “Will the 9/11 Case Finally Go to Trial?”: Andrew Cockburn on New Evidence Linking Saudis to Attacks As the nation marks the 16th anniversary of the September 11 attacks, questions still swirl about the role of Saudi Arabia in the attacks. The 9/11 attack was carried out by 19 hijackers, 15 of whom were from Saudi Arabia. Sixteen years after the attacks, 9/11 families and survivors are continuing their efforts to take Saudi Arabia to trial. Just this week, the New York Post reported new evidence presented in the case alleging the Saudi Embassy in Washington, D.C., funded a “dry run” of 9/11 two years before the attacks. The families’ lawyers say the new allegations offer “a pattern of both financial and operational support” by the Saudi government. We speak with Andrew Cockburn, whose latest piece is headlined “Crime and Punishment: Will the 9/11 case finally go to trial?” 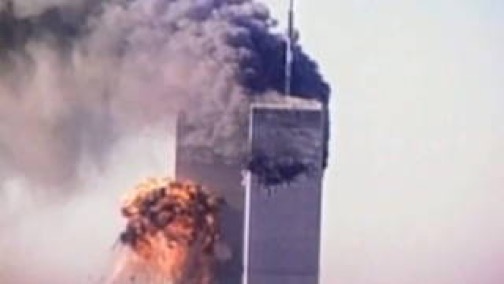 Only 13% Black Churches Supported Rev. Martin Luther King during Civil Rights Movement (Postscript updated January 2016….. .for those who may find this fact or number unbelievable I would suggest you contact Dr. Day like I did. Further, I personally spoke to Rev. Wright TWICE about this issue to confirm I was not dreaming! Still I understand some will remain in denial or dismiss Dr. Day’s work and/or otherwise marginalize her scholarship instead of providing documenatation to the contrary) The 48th Anniversary of the Selma Jubilee concluded last week.  For those who are not aware, the anniversary is significant as it marks the day when peaceful protesters were attempting to cross the Edmund Pettus Bridge leaving Selma, AL and heading into highway 80.  The scene shocked the nation and has been indicated as one of those seminal historic events as it was one critical event which helped persuade President Johnson to sign the 1965 Voting Rights act.The event featured many speakers.  Among them was the legendary Rev., Dr. Jeremiah Wright.  He was part of a panel fielding various questions and one lady was asking about the role of the church.  Dr. Wright unabashedly recanted that most would be surprised, “Let me say it this way………Dr. Keri Day of Brite Divinity School in Fort Worth, Texas recently published a book which documents the period Dr. Martin Luther King, Jr. was planning the “Poor People’s” campaign that  ONLY 13% OF BLACK CHURCHES supported him!!!” 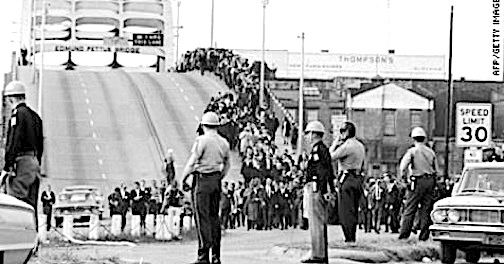 America’s Racial Wealth Divide Is Worse Than Thought, Undermining the Middle Class and Deepening Under Trump  “The future existence of the middle-class hinges on whether we reverse the trends of growing racial economic inequality. “By Steven Rosenfeld 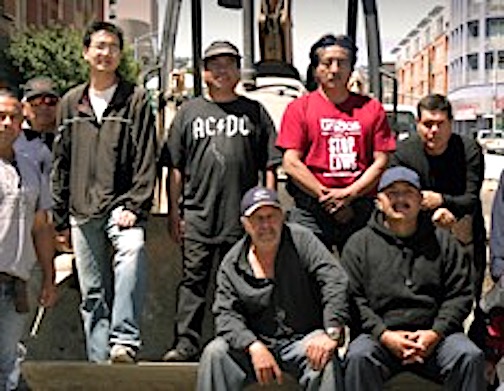 The Black Panthers Didn’t Fight Symbols Klansmen and militia are threats to Black life and limb, but not nearly dangerous as police and prison guards. Such facts should guide our struggle. By Glen Ford , BAR executive editor

Video: Neil deGrasse Tyson & Bill Nye on GMOs. It’s About Class Rule Not the Shiny Tool Tyson and Nye appear to endorse corporate GMO technology, and want us to believe there’s no cause for concern trusting our genetic destiny to the same profit motive that causes climate change. What could go wrong? By Bruce A. Dixon , BAR managing editor 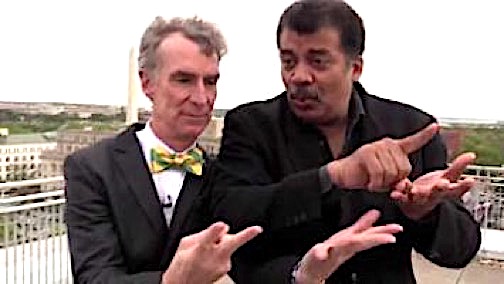 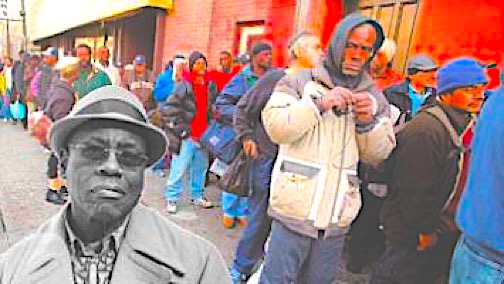 Third of Earth’s soil is acutely degraded due to agriculture Fertile soil is being lost at rate of 24bn tonnes a year through intensive farming as demand for food increases, says UN-backed study By Jonathan Watts 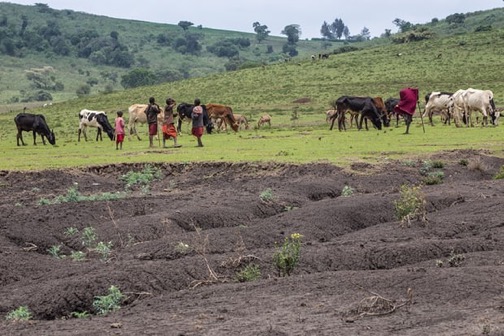 No Gas in Florida: Give Truth a Chance As I heard Florida’s governor demanding gas, I wondered why they don’t learn from Cuba, and send buses. Cuba was there in the CBC newscasts about Florida. It was the country under the satellite image, under the “lingering” eye of category five Irma. For hours, that awful image was in the background as the CBC anchor kept returning to Florida’s need for gas. They won’t learn from Cuba. by Susan Babbitt

(FYI: The Pesticide, Methyl Bromide, is listed on Califoria’s Proposition 65 List for Reproductive Toxicity and Yet It’s Still Being Spayed.)  Moms most exposed to pesticides more likely to have preterm babies Women exposed to the highest quantities of agricultural pesticides in California’s San Joaquin Valley while pregnant were at heightened risk of giving birth prematurely and delivering low-weight infants, a new study found. By Ronnie Cohen

New York Times: Houston’s Floodwaters Are Tainted, Testing Shows Floodwaters in two Houston neighborhoods have been contaminated with bacteria and toxins that can make people sick, testing organized by The New York Times has found. Residents will need to take precautions to return safely to their homes, public health experts said. By Sheila Kaplan and Jack Healy 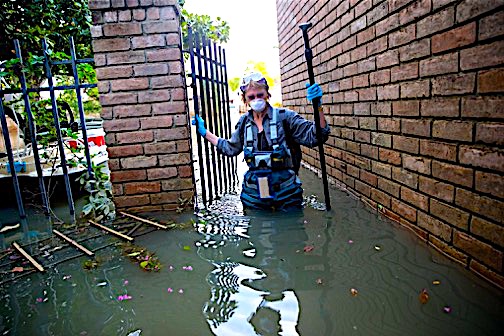 Coca-Cola Sucks Wells Dry in Chiapas, Forcing Residents to Buy Water While nearby Indigenous communities go thirsty, a Coca-Cola bottling plant outside San Cristobal de las Casas, Chiapas, consumes over a million liters of water per day. Public health experts say this is just one of many cases in Mexico where corporate water consumption has taken precedence over local need and the Mexican government is violating the human right to water. By Martha Pskowski 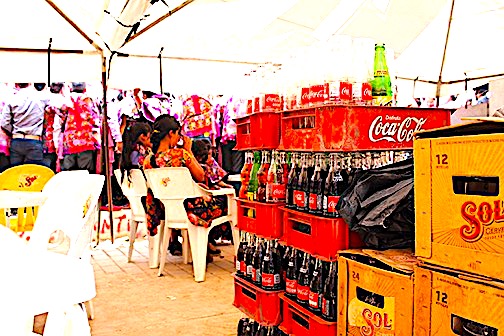 The mass movement for the Catalan referendum and against state repression 11 September, the national holiday of Catalonia, saw a round of mass protests and rallies for the right to self-determination of Catalonia and against the banning of the referendum by the central government. In the morning, there were several gatherings by various political parties. In the afternoon, there was a huge pro-independence demonstration, which according to the police, was attended by one million people. In the evening, a mass rally was held by the radical left, pro-independence Popular Unity Candidacy (CUP), under the slogan of “self-determination: independence, socialism, feminism”. By Arturo Rodríguez 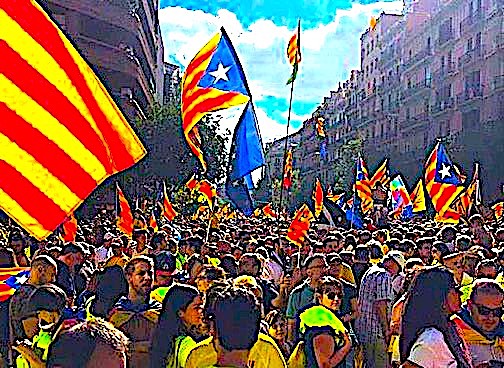 Pharma CEO Worries Americans Will Say “Enough Is Enough” and Embrace Bernie Sanders’s Single-Payer Plan Brent Saunders, the chief executive of Allergan, one of the largest pharmaceutical firms in the world, is concerned that in an era of increasing political polarization, Americans will become fed up and embrace the single-payer health care plan set to be unveiled Wednesday by Sen. Bernie Sanders, I-Vt. By Lee Fang 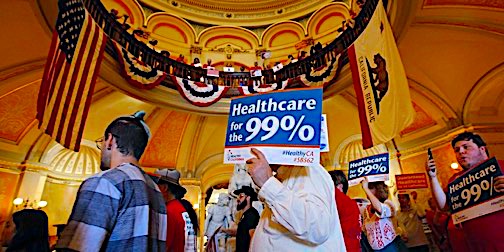