The Myth of Kyoto

After years of discussion, the great majority of the “experts” agree that one of the by-products of burning carbon based fuels, as the engine of industrialization, is most likely “global warming.” Based on this understanding, 150 nations met in Kyoto, Japan, to reduce the levels of carbon dioxide production. Carbon Dioxide in the atmosphere tends to let light and heat from the sun in and to not let heat escape. (Just like glass on the top of a terrarium.) Hence, we have the specter of global warming.

These “rights” are limited in that they can not exceed the levels of pollution that the rules are trying to impose.

Trading “pollution rights” is already fashionable in this country. This has been advanced by the the Environmental Defense (Offense?) Fund. Under these rules, polluting factories, oil refineries, and other polluting enterprises, may find it more “cost effective “by buying pollution rights or credits from non-polluting industries rather than cleaning up their mess. In reality, it grants corporations and nations (under the Kyoto accords) the right to pollute. The Kyoto accords actually open up the concept of private ownership of the air. (Good air being bought and sold for bad air.)

Even if everything in the accord were enforced or capable of being enforced, the plan can not work. The developing nations are rapidly becoming the main producers of carbon dioxide (See my article on this page about the forest fires in Southeast Asia.). Along with this increase and the 5% of the 1990 levels the carbon dioxide levels are guaranteed to double! 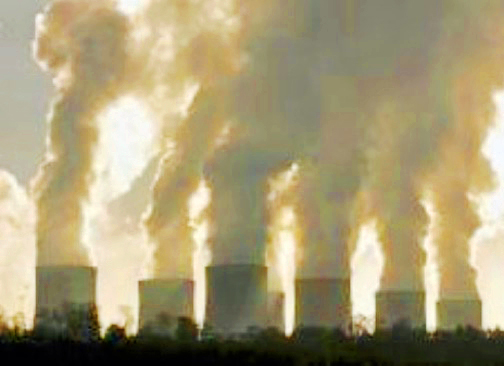 The basic problem is that the present economic system cannot stop from producing pollution. Individual capitalists may be for controls, but the system is based on production for profit. this causes anarchy in production plus intranational and international competition. Capitalist production is not based on human needs let alone on needs of the rest of the environment. Can one expect the developing nations to increase their costs in order to save the world from pollution? If there is a recession will this be possible? Will the present collapse of the “Asian Boom” lead to non-profitable expenditures to prevent pollution?

The only conceivable solution under capitalism would be one super power monopoly that would own and control all of production. That would require wars of such magnitude that humanity would not survive.

In reality, it requires collective ownership of the air by everyone who breaths and collective expropriation of all who pollute in order to stay the present course and maintain the balance necessary for humanity to survive within the terrarium called Earth.