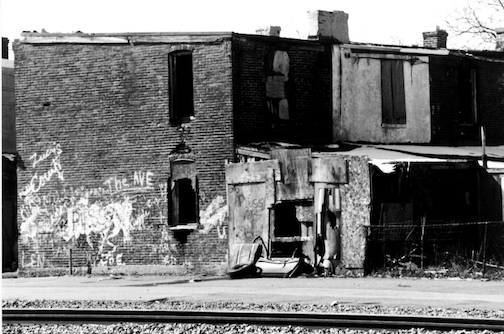 Refineries on Chester’s South Side 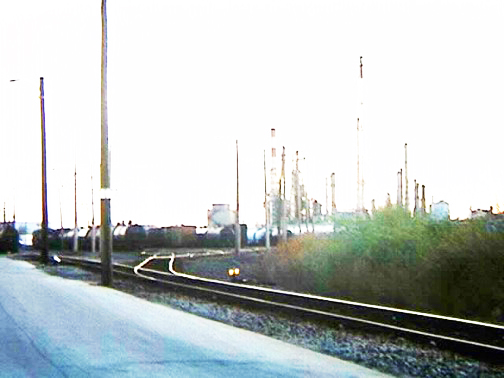 Environmental Racism is a subject that has long been known but only recently defined by black and environmental justice activists.

Nevertheless, a recent court case centered  around Chester, Pa., has just been turned down by the Supreme Court. Basically, the Court’s decision determined that environmental racism does not legally exist!

The following is a statement by the Chester Residents Concerned for Quality Living (CRCQL):

Chester, Pa., a 65 percent African American,  low-income community southwest of Philadelphia, is home to four hazardous and municipal   waste facilities. The nation’s fourth largest trash-to-steam incinerator, the nation’s largest medical waste autoclave, and a sewage treatment plant and   sludge incinerator are all cited only yards from the houses of Chester.  The EPA has found that blood lead-levels in Chester’s children are ‘unacceptably high,’ that ‘air emissions from facilities in and around Chester  provide a large component of the cancer and non-cancer risks to the citizens of Chester,’ and that  both cancer and non-cancer risks, e.g. kidney and  liver disease and respiratory problems, from the  pollution sources at locations in the city of   Chester exceed levels which EPA believes are  acceptable.

Chester has the highest percentage of low-weight births in the state, and has mortality rate and lung cancer rates that are 60 percent higher than the rest of Delaware County.

Chester Residents Concerned for Quality Living is the local grassroots community organization that has been fighting for environmental justice for the past four years.

Their non-violent approach to combating the situation has been met with harassment and intimidation by the people who own and operate the polluting facilities in Chester. Their office has been broken into and vandalized with racist symbols and slogans and their tires have been slashed. Peaceful protesters have been run over by garbage trucks and they have had other residents turn against them.

In order to improve their quality of life, the CRCQL filed a law suit against the commonwealth of Pennsylvania for environmental racism.  It got appealed all the way to the Supreme Court.

The Chester residents accused the state of environmental racism for locating most of Delaware County’s waste treatment facilities in their neighborhood, rather than in the rest of the country which is mostly white.

A federal judge threw out the lawsuit in 1996, saying the residents could not sue when they alleged only a discriminatory effect, not discriminatory intent.  His decision was reversed by the Third Circuit Court of Appeals last year, but was then upheld by the Supreme Court on August 17, 1998.

The Supreme Court decision has a perverse logic.  It would mean, for example, that segregation was not racial discrimination; there could be no proof of “discriminatory intent” since segregation had already been in effect for decades.  Civil Rights activists  would also no longer be able to charge racial discrimination when dealing with the decaying schools in inner cities.

It is time to hold capitalism and capitalists responsible for the destruction of the quality of life for poor and minority communities.  The rich, who control the government, have no intent to waste dumps in their communities.

According to a study released recently by the United Church of Christ, communities with hazardous waste facilities have exceptionally high numbers of Black and Hispanic citizens. This represents “an insidious form of institutional racism.  It is environmental racism,” said a spokesperson for the church.

Most of these neighborhoods are also the areas where oil refineries and toxic chemical plants are built and allowed to pollute.

It is not surprising that numerous studies show that poor working-class and minority populations also have higher cancer rates and cancer mortality rates, along with high rates of heart disease and other diseases.  They also live shorter lives than the national average.

Unfortunately, no major labor organizations or groups representing oppressed minorities are addressing these problems and holding companies accountable for their crimes.

They should at least support and publicize the policy of the American Public `Health Association which unanimously adopted a policy statement urging lawsuits against the  manufacturers of products that contain lead and against the lead manufacturers.  The corporate polluters and poisoners should be fined and punished for their crimes and the victims should be compensated for their damages.  Make the polluters pay!