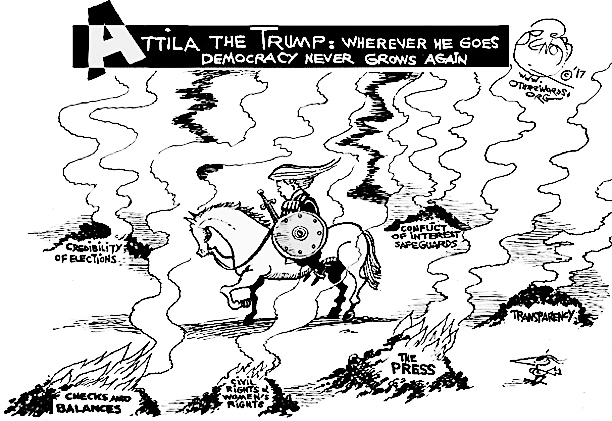 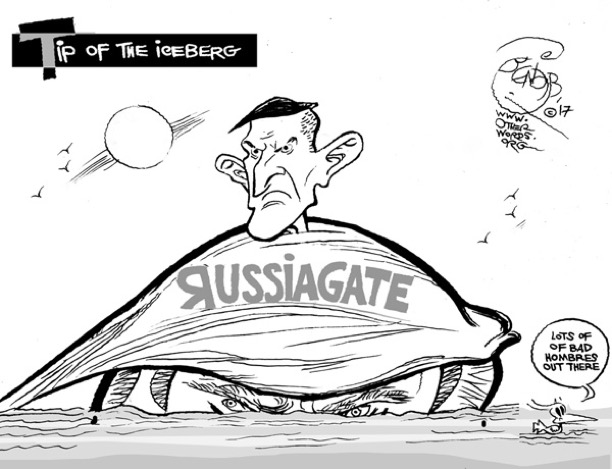 “Our current and past strategies can no longer hold. We are facing environments that the masters of war never foresaw. We are facing a threat that requires us to redefine doctrine and the force in radically new and different ways. The future army will confront a highly sophisticated urban-centric threat that will require that urban operations become the core requirement for the future land-force. The threat is clear. Our direction remains to be defined. The future is urban.” — “Megacities: Urban Future, the Emerging Complexity,” a Pentagon training video created by the Army for U.S. Special Operations Command

As Opposition Mounts to Cash Bail in MD, Industry Wines and Dines 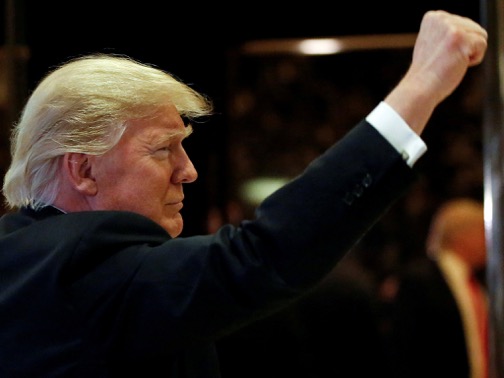 Coming Soon to a City Near You: The U.S. Military’s Plan to Take Over America According to “Megacities: Urban Future, the Emerging Complexity,” a Pentagon training video created by the Army for U.S. Special Operations Command, the U.S. military plans to use armed forces to solve future domestic political and social problems by John W. Whitehead 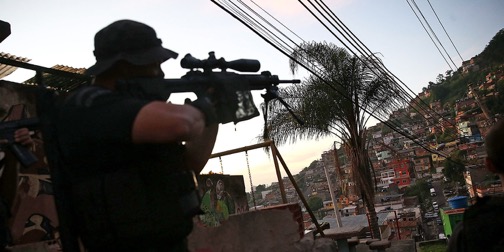 Before Trump, the Media Loved “Alternative Facts” by Ted Rall 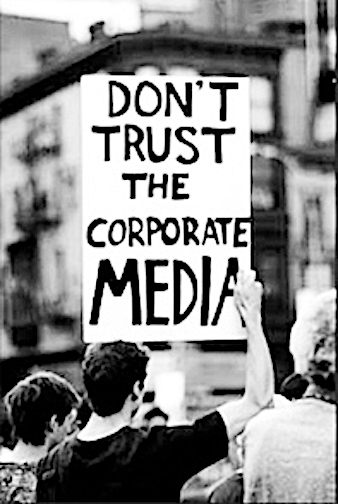 Wall Street Banks Are Trading in Their Own Company’s Stock: How Is This Legal?  Increasingly, under the mantra of liquidity, trading activity on Wall Street that would have resulted in criminal charges in another era is yawned at by regulators. By Pam Martens and Russ Martens 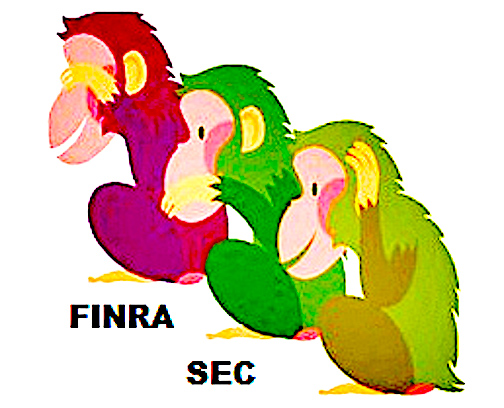 Mosul will be completely ‘destroyed’ in battle to liberate it from Isis, senior Iraqi politician warns Exclusive: City that was once home to two million people will be uninhabitable by the time the militants have been driven out By Patrick Cockburn

Trump’s abandonment of the two-state solution is dark comedy There was laughter. Not because this was an intended joke by Donald Trump, but because his words were so flippant, so careless, so ignorant, so utterly deplorable, that laughter was the only psychological human release available to sane men and women after such tragic frivolity By Robert Fisk 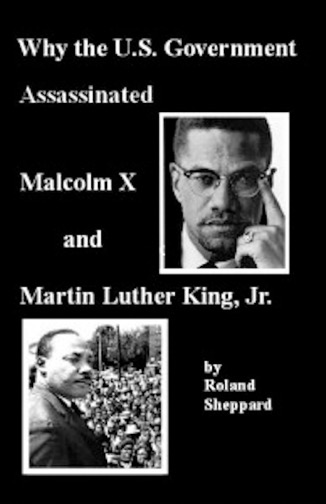 The question of who ordered the assassinations of Malcolm X and Martin Luther King Jr. is a vital one, and thousands of pages have been written on the issue. Those who dismiss the notion that the United States government would engage in assassination — by characterizing those who believe this as “conspiracy nuts” — willfully ignore the 1975 Church Committee Report that exposed covert, illegal government activities and the many CIA-orchestrated assassinations and coups d’etat from Africa to Latin America.

The CIA’s experience with overseas assassinations has given it more than enough expertise to conduct domestic assassinations, with the added advantage of having control over investigating agencies at the local, state and national levels. Deciding criminal guilt is largely based on proving means, motive and opportunity. When it comes to political assassination, the key question is motive.

Powerful government institutions possess, or can easily obtain, the means and the opportunity to conduct an assassination and divert attention to “a lone gunman” or a patsy like Lee Harvey Oswald. The mainstream media conveniently forget this fact as they rush to legitimize wacky theories that take the heat off the CIA, FBI, NSA and police.

In “Why the U.S. Government Assassinated Malcolm X and Martin Luther King, Jr.,” Roland Sheppard exposes the U.S. government’s motive for assassinating Malcolm X in New York’s Audubon Ballroom on Feb. 21, 1965, and Martin Luther King Jr. at the Lorraine Motel in Memphis on April 4, 1968. The fact that Sheppard is one of the few remaining eye witnesses to the assassination of Malcolm X adds a note of immediacy and authenticity to his analysis.

Sheppard describes the unusual absence of security on the day of Malcolm X’s assassination, and he recounts his personal observations of what happened in the crucial moments. He tells of a second suspect apprehended that day by the New York Police, a man whose existence later disappeared from the official version of events.

However, when Sheppard was interrogated at the Harlem Police Station, he saw this man walking freely into one of the offices. Sheppard recognized him as the assassin.

In 1999, the King family launched a civil suit to expose the facts surrounding the assassination of Martin Luther King Jr. The conclusion: “After considering all the evidence, a Memphis jury ruled that someone other than James Earl Ray had been the shooter … that the City of Memphis, the state of Tennessee and federal government agencies were all involved in the assassination.”

The heart of Sheppard’s work is his analysis of the motive for these two government assassinations. There is nothing more threatening to the U.S. corporate elite, the government, the military and the mass media than the prospect of revolution. Malcolm X and Martin Luther King Jr. were developing beyond their original Black liberation philosophies. They were emerging as powerful advocates and organizers for revolutionary change in the American economic and political system.

In his final years, Malcolm X expanded the fight against racism to include the fight against poverty and war. In 1962, he supported striking hospital workers in New York City. And he was the first mass leader in the United States to publically oppose America’s war against Vietnam.

In his speech at the Oxford Union in 1964, Malcolm X gives Shakespeare a revolutionary twist. He begins with the famous question: “Whether it was nobler in the mind of man to suffer the slings and arrows of outrageous fortune, or to take up arms against a sea of troubles and, by opposing, end them. His answer: “And I go for that. If you take up arms you’ll end it, but if you sit around and wait for the one who’s in power to make up his mind that he should end it, you’ll be waiting a long time.”

The U.S. government also feared Malcolm X’s growing international stature and the political connections he was making in Africa, Asia and Latin America.

Sheppard reminds us that Malcolm X met with Che Guevara and the Cuban delegation to the United Nations in New York, in December of 1964. He was invited by Ahmed Ben Bella, the leader of the Algerian revolution, to participate along with Che and other independence movement leaders at a conference in Bandung beginning March 3, 1965.

He had also arranged for the issue of human rights violations against Afro-Americans to be considered on March 12, 1965, by the International Court of Justice at the Hague. His assassination put an end to all of this. Ben Bella had been assassinated just four months later.

Martin Luther King Jr. was also beginning to challenge a political system that profits from racism. Sheppard cites King’s speech at the Southern Christian Leadership Conference Convention in August 1967:
“Why are there 40 million poor people in America? … (W)hen you begin to ask that question, you are raising a question about the economic system, about a broader distribution of wealth … (Y)ou begin to question the capitalist economy.”

King pointed out that the Northern liberals, who had given moral and financial support to end Jim Crow laws in the South, would not support the effort to eliminate economic segregation. As Sheppard states: “Martin Luther King Jr. was assassinated to subvert the Poor People’s Campaign. King was building a mass movement against poverty, and those who profit from poverty were determined to stop him.”

Martin Luther King Jr. was also beginning to challenge a political system that profits from racism.

King’s opposition to the U.S. war against Vietnam sent shivers down the back of the military-industrial complex. In his historic sermon at the Riverside Church in New York on April 4, 1967, sometimes referred to as the greatest MLK speech you never heard of, King exclaimed:

Money that should have been spent on Johnson’s War on Poverty was being lost in Vietnam’s killing fields … A nation that continues year after year to spend more money on military defense than on programs of social uplift is approaching spiritual death …We are taking the Black young men who had been crippled by our society and sending them 8,000 miles away to guarantee liberties in Southeast Asia which they had not found in Southwest Georgia and East Harlem. So we have been repeatedly faced with the cruel irony of watching Negro and white boys on TV screens as they kill and die together for a nation that has been unable to seat them together in the same schools.
King called for a coalition of labor, anti-racist, anti-poverty and anti-war activists; and a united movement poses the greatest threat to the status quo.

In his book on Malcolm X, George Breitman states, “Malcolm was not yet a Marxist.” A reviewer of Breitman’s work added, “Not yet! But it was only a matter of time.” Malcolm X wrote: “It is impossible for capitalism to survive, primarily because the system of capitalism needs some blood to suck. Capitalism used to be like an eagle, but now it’s more like a vulture. It used to be strong enough to go and suck anybody’s blood whether they were strong or not. But now it has become more cowardly, like the vulture, and it can only suck the blood of the helpless. As the nations of the world free themselves, then capitalism has less victims, less to suck, and it becomes weaker and weaker. It’s only a matter of time in my opinion before it will collapse completely.”

Martin Luther King Jr. may not have been as far along the road of rejecting capitalism for socialism. Nevertheless, I believe that this was also a matter of time. In a 1966 speech to his staff, King explained: “(S)omething is wrong … with capitalism … There must be a better distribution of wealth and maybe America must move toward a democratic socialism.”

The U.S. government was determined that neither of these fighters should be allowed to have that time. However, before moving to assassinate them, it tried to “neutralize” them. Sheppard describes the activities of COINTELPRO, the FBI’s program to infiltrate, disrupt and destroy the Civil Rights Movement, the Anti-Vietnam War movement and any other threat to the status quo.
FBI boss J. Edgar Hoover called King “the most dangerous Negro” and tried to blackmail him into silence. To discredit Malcolm X, the FBI paid an informer inside the Nation of Islam. When these efforts failed, assassination was the final option.

The U.S. government assassinated Malcolm X and Martin Luther King, Jr. because they rightly came to understand and challenge the capitalist economic system, its social impact — war, poverty, injustice, environmental disaster – and its reliance on racism to divide and conquer.

Sheppard concludes with an appeal to action; we must learn the truth about Malcolm X and Martin Luther King Jr. so we can carry their vision forward and conclude the struggle they so bravely began.

Roland Sheppard describes himself as a retired business representative of Painters Local 4 in San Francisco, a lifelong social activist and socialist. Prior to being elected as a union official in 1994, he worked for 31 years as a house painter. Roland Sheppard’s Daily News is accessible at https://rolandsheppard.com/.