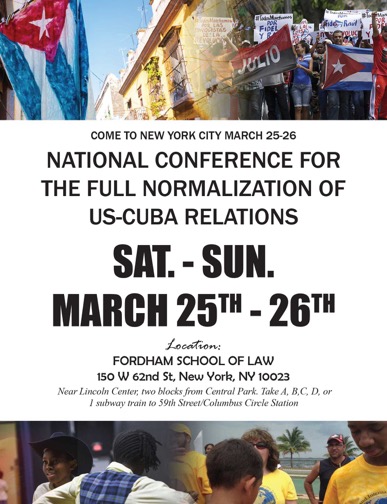 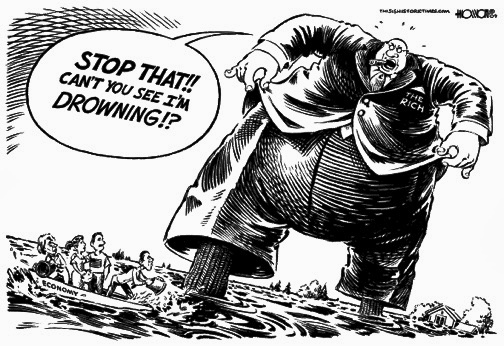 Several industries have become notorious for the millions they spend on influencing legislation and getting friendly candidates into office: Big Oil, Big Pharma and the gun lobby among them. But one has managed to quickly build influence with comparatively little scrutiny: Private prisons. The two largest for-profit prison companies in the United States – GEO and Corrections Corporation of America – and their associates have funneled more than $10 million to candidates since 1989 and have spent nearly $25 million on lobbying efforts. Meanwhile, these private companies have seen their revenue and market share soar. They now rake in a combined $3.3 billion in annual revenue and the private federal prison population more than doubled between 2000 and 2010, according to a report by the Justice Policy Institute. Private companies house nearly half of the nation’s immigrant detainees, compared to about 25 percent a decade ago, a Huffington Post report found. In total, there are now about 130 private prisons in the country with about 157,000 beds. Marco Rubio is one of the best examples of the private prison industry’s growing political influence, a connection that deserves far more attention now that he’s officially launched a presidential bid. The U.S. senator has a history of close ties to the nation’s second-largest for-profit prison company, GEO Group, stretching back to his days as speaker of the Florida House of Representatives. While Rubio was leading the House, GEO was awarded a state government contract for a $110 million prison soon after Rubio hired an economic consultant who had been a trustee for a GEO real estate trust. Over his career, Rubio has received nearly $40,000 in campaign donations from GEO, making him the Senate’s top career recipient of contributions from the company. (Rubio’s office did not respond to requests for comment.). . . — How for-profit prisons have become the biggest lobby no one is talking about Sen. Marco Rubio is one of the biggest beneficiaries.

The NSA Lied Us Into Iraq —The story you never heard

The Rich Pay Fewer Taxes Than the Poor, and Get More Services Uninformed conservatives should consider who really benefits from U.S. tax laws and assistance programs. By Paul Buchheit

Trump the Abuser Crotch Grabbing  President: Donald Trump Plans to Eliminate Legal Aid Funding That Supports Survivors of Domestic Violence It wasn’t long after Sonota got married that her husband began to abuse her. After her second child was born in 2012, the violence accelerated; police were often called to the couple’s St. Louis, Missouri, home, and Sonota had to seek medical attention more than once. With a 1-year-old son and newborn daughter, Sonota knew she was in trouble. “I had a lack of support and I was in an abusive situation and I had two babies,” she told The Intercept. “I was just very overwhelmed and lost and needed some type of guidance and help to get into a safe place in my life for my kids.” By Jordan Smith 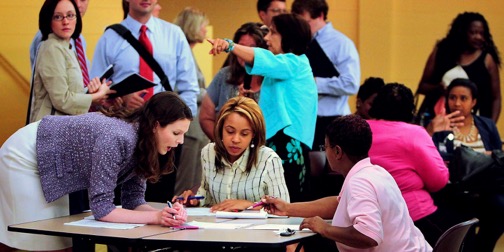 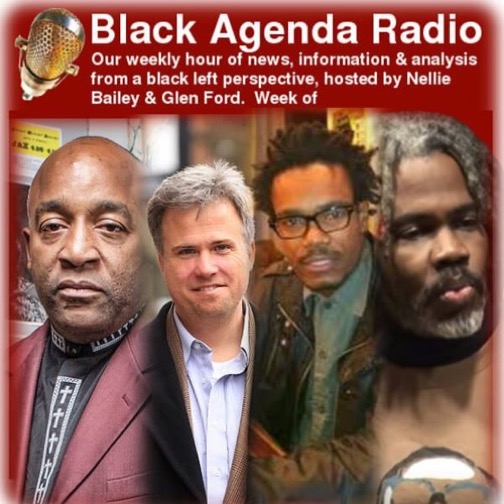 Huey P. Newton Model for Control of Police Pushed in Washington, DC: Residents of the various wards that comprise Washington, DC, would be chosen by lottery to serve on a board that would hire, fire and set the budget for police, under a plan devised by Pan African Community Action (PACA). Selection by lottery, as proposed more than generation ago by former Black Panther Party leader Huey P. Newton, “is important,” said PACA activist Netfa Freeman, “because elected officials are prone to be co-opted. They’re also prone to be pulled from the more privileged classes of people.”

Philly Council Prez Categorically Rejects Community Rule Over Cops: The Philadelphia chapter of the Black Is Back Coalition’s proposed resolution for Black community control of the police was recently rebuffed by the City Council. Coalition spokesman Diop Olugbala said council president Darrel Clark vehemently rejected the proposal for a citizen’s board with hiring, firing and subpoena power over the cops. “That’s not a surprise, given the track record of the City of Philadelphia in terms of unlimited, unending police terror against our community,” said Olugbala. The Black Is Back Coalition will hold an Electoral Politics School, April 8 and 9, with the larger goal of replacing politicians like Clark.

U.S. Prison Gulag is Worse Than Old-Time Slavery: The U.S. prison system is a form of slavery, say organizers of the Millions for Prisoners’ Human Rights march, set for August 19 in Washington, DC. “What we have in this new, modern-day slavery is master who don’t care about the slave,” said Pastor Kenneth Glascow, an outside spokesman for the prisoner-run Free Alabama Movement and founder of The Ordinary People Society, comprised of formerly incarcerated persons. “They won’t even spend money to keep the slaves healthy, because they have no investment in them,” said Glascow, who is also the half-brother of Rev. Al Sharpton.

Be Like Dr. King: Demand Peace: One hundred years after the U.S. entered World War One, and 50 years after Dr. Martin Luther King Jr. delivered his historic anti-war speech at New York’s Riverside Church, peace activists will hold an event titled “Remembering Past Wars, Preventing the Next,” at New York University’s School of Law, on April 3. “Here we are in a day and age when war has become this monstrosity that I don’t even think Dr. King imagined,” said David Swanson, publisher of the influential web site WarIsACrime.Org and an organizer of the NYU event. “I don’t think Eisenhower, in his military-industrial complex’ speech, even fantasized what war has become.”

Black Agenda Radio on the Progressive Radio Network is hosted by Glen Ford and Nellie Bailey. A new edition of the program airs every Monday at 11:00am ET on PRN. Length: one hour.

On Being the “Right Kind of Brown” A racist man shot Srinivas Kuchibhotla on February 22, 2017.  He wanted to kill a Muslim. He thought Srinivas and his friend Alok Madasani were Iranians. A week later, Harnish Patel was shot and killed in his driveway by another racist man. Sheriff Barry Faile, investigating Patel’s case said, “I don’t have any reason to believe that this was racially motivated.”  Sheriff Faile’s words are not convincing. Instead, the Indian community have concluded that these two brown men were gunned down by two racist Americans who couldn’t care less if these men belonged to the “model minority”class, or were U.S. born citizens or not.  All that mattered to them was that these two men were “brown” or “Muslims” and hence they must be deleted. Permanantly. America First. By Reshmi Dutt-Ballerstadt 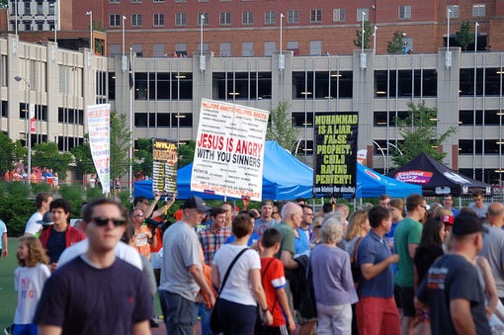 Flint, Michigan is an Example of Capitalism’s Decline and Destruction of the Planent: “I’m Not Gonna Drink That” For many, water crises don’t get any more horrifying than what was initiated by city officials in Flint, Michigan when they switched the city’s water supply almost three years ago, a story we explore in the second of our ongoing comics series on water, land and housing in the state (read the first here), below. While the Flint water crisis remains a popular touchstone, a useful example to consider in light of rampant government misspending and corruption, few understand what the ongoing crises really means — or how they might identify signs of similar contamination in their own homes. By Anne Elizabeth Moore and Melissa Mendes 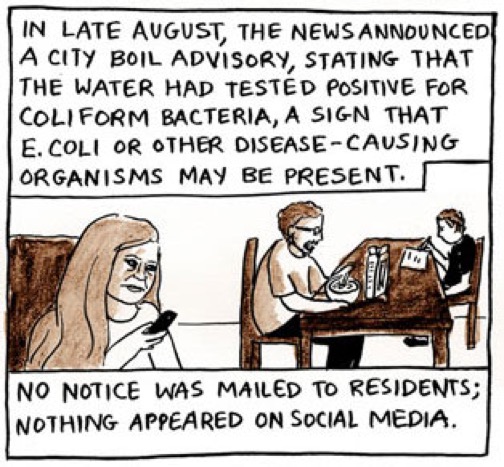 While One Louisiana Town’s Lead-Tainted Water System Is Replaced, Dozens of Others Deteriorate  By Julie Dermansky

7,000 underground gas bubbles poised to ‘explode’ in Arctic Scientists have discovered as many as 7,000 gas-filled ‘bubbles’ expected to explode in Actic regions of Siberia after an exercise involving field expeditions and satellite surveillance, TASS reported. By The Siberian Times reporter 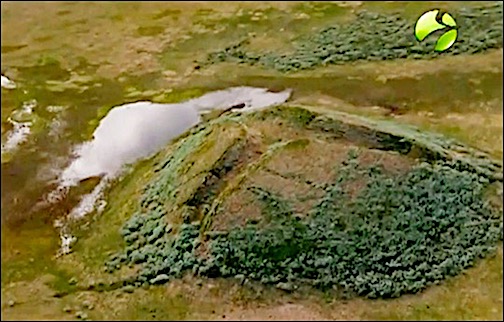 Study: Natural Gas Power Plants Emit up to 120 Times More Methane Than Previously Estimated Researchers at Purdue University and the Environmental Defense Fund have concluded in a recent study that natural gas power plants release 21–120 times more methane than earlier estimates.  Published in the journal Environmental Science and Technology, the study also found that for oil refineries, emission rates were 11–90 times more than initial estimates. Natural gas, long touted as a cleaner and more climate-friendly alternative to burning coal, is obtained in the U.S. mostly via the controversial horizontal drilling method known as hydraulic fracturing (“fracking”). By Steve Horn 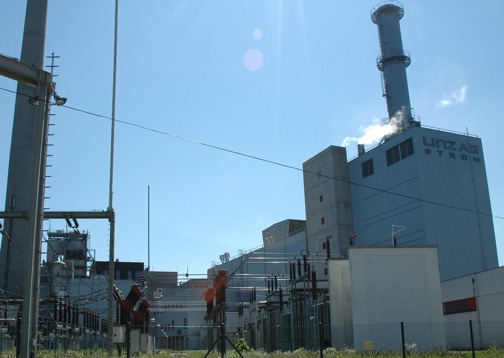 We’re All Minorities Now  The one percent now effectively owns Washington: the making of our laws, the writing of Executive Orders, the running of Federal agencies with the power to put crooks among the one percent in prison — or not, and they are now the overseers of gutting Federal programs that benefit the 99 percent. One thought comes to mind about this state of affairs. The abolitionist and writer, Frederick Douglass, once said: “Where justice is denied, where poverty is enforced, where ignorance prevails, and where any one class is made to feel that society is an organized conspiracy to oppress, rob and degrade them, neither persons nor property will be safe.” The majority of Americans, whether they are yet aware or not, now walks in the shoes of Frederick Douglass. We’re all minorities now. The billionaires and their lackeys rule. How did a society that fought a brutal and bloody revolution to throw off the yoke of one percent rule end up where we find ourselves today? By Pam Martens and Russ Martens 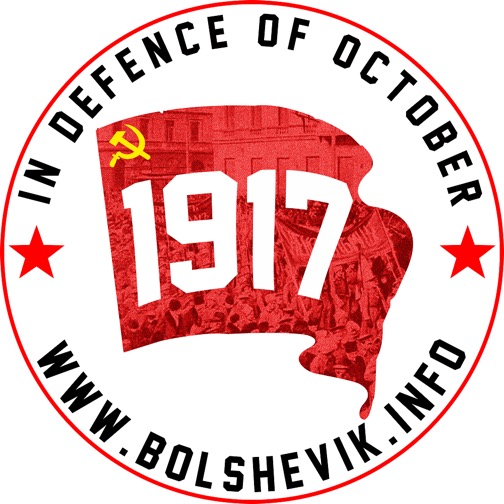