The Whole World in Trump’s Tiny Hands By Khalil Bendib

Banker scoundrels aren’t the only big shots whose careers continue to ascend following reprehensible conduct. The following is a career update for some of the members of the “Psychiatry Hall of Shame,” including the group excoriated in the 2008 Congressional investigations, and another psychiatrist who conducted studies aimed at inducing psychosis—experiments that appeared to run counter to the Nuremberg Code of research ethics.  Before updating psychiatry’s prominent national figures, first a prominent local psychiatrist in Cincinnati, where I live. In 2014, Melissa Delbello became Chair of the Department of Psychiatry and Behavioral Neuroscience at the University of Cincinnati, and earlier this year, she was listed by Cincinnati Magazine as one of Cincinnati’s “top psychiatrists.” This despite the fact that in 2008, Delbello was rebuked by a U.S. Senator on the Senate Floor following a New York Times exposé about her.  In 2008, Delbello was included in a Congressional investigation on psychiatrists violating federal and university regulations in their receipt of large sums of money from drug companies. An appalled U.S. Senator Charles Grassley told Americans how Delbello, in response to a reporter’s question about the money that she received from a drug company, had said: “Trust me, I don’t make much.” Delbello claims that she was misquoted by the New York Times reporter, but not in dispute is the fact that she had failed to accurately report her outside income in 2003 and 2004 from AstraZeneca, the manufacturer of the antipsychotic Seroquel, a drug which Delbello had done research on in 2002. The Times recounted how Delbello, in a 2002 published paper, reported that Seroquel in combination with Depakote is more effective for the treatment of adolescent bipolar mania than Depakote alone; but Delbello later acknowledged that this study—which had become an influential one in dictating prescription practice—was not conclusive. —  Leading Psychiatrists Follow Top-Dog Bankers’ Guide to Career Advancement

Woman Leading Flint Lead Poisoning Lawsuit Found Shot Dead in Her Home Sasha Avonna Bell, a woman leading the drive to sue the Michigan government over the Flint lead poisoning water crisis, has been found shot and killed in her home, M Live reports. She had claimed that her child was poisoned by the water after it was switched from the Detroit water system to the Flint river, (which officials hadn’t applied corrosion inhibitors to). 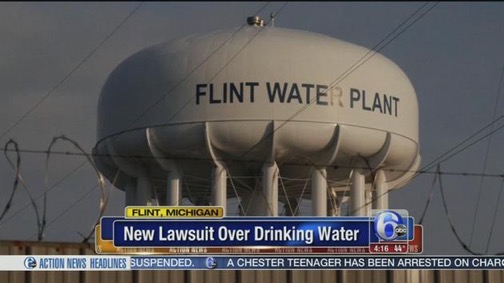 Trump’s Military Nostalgia (or ‘Victory at Sea’ All Over Again) Why do I mention this? Because I’m convinced that President Trump’s talk of rebuilding the U.S. military and “winning wars again” has been deeply influenced by the kind of iconography that was commonplace in Victory at Sea and the war movies of his youth. Consider his comments on February 27th, when announcing that he would request an extra $54 billion annually in additional military spending. “We have to start winning wars again,” he declared.  “I have to say, when I was young, in high school and college, everybody used to say we never lost a war. We never lost a war, remember?” By Michael T. Klare 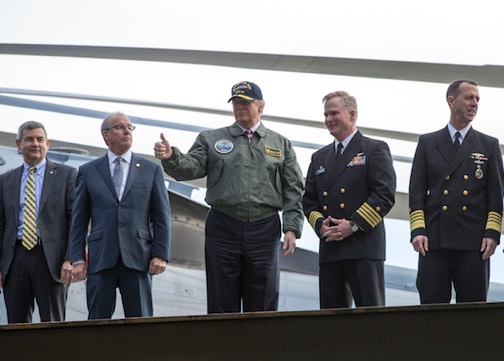 Why College Students Are Challenging Their Own Schools in the Fight Against White Supremacy Racial justice activists at the University of Michigan mobilized in response to a rash of racist incidents on campus this year, only to be ridiculed in the right-wing media and butt heads with school administrators over a proposed organizing space for students of color. Here’s a look at the powerful but often misunderstood movement challenging racism on campus. By Mike Ludwig 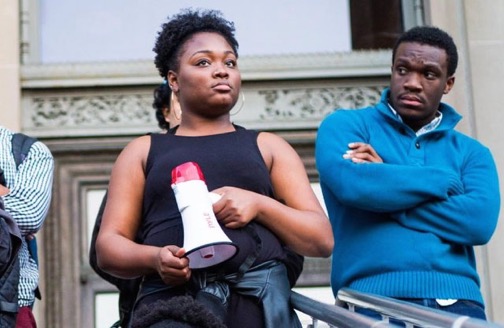 Prosecutor says film’s edit of Michael Brown shooting distorts incident A prosecutor was critical Monday of store surveillance footage from a new documentary about the Michael Brown shooting in Ferguson, Missouri, calling it a heavily edited attempt to distort an incident that occurred several hours before Brown died in an encounter with a police officer. The film-maker Jason Pollock responded by calling the St Louis County prosecutor, Robert McCulloch, a “master of deception” and standing by the video shown in his documentary Stranger Fruit. By Associated Press in Ferguson, Missouri 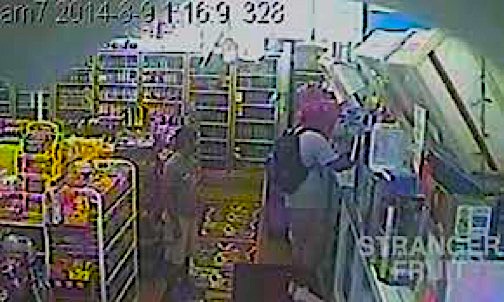 Mumia and Other Inmates Endangered by Tainted Prison Water 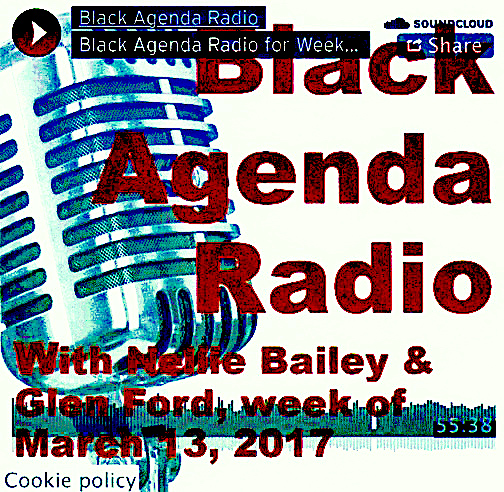 UNAC Advocates “Independent Path” to Peace: It is “ridiculous” to believe that the Russians somehow tipped the November election to Donald Trump. “What was Hillary Clinton offering,” asked Sara Flounders, of UNAC, the United National Anti-War Coalition. “She was promising, ‘You’re going to have more of the same for the next eight years,’ plus all kinds of military threats. And, they also moved farther to the Right. That was rejected.” UNAC is gearing up for its yearly conference, June 16 to 18, in Richmond, Virginia, under the theme: The Need for an Independent Path. “We don’t place a bit of confidence in the Republicans or Democrats,” said Flounders. “They both represent Wall Street and corporate power.”

NYPD Wields “Precision Policing” Like a Mass Incarceration Bomb: Community organizations are demanding a halt to massive police sweeps of New York City public housing projects, which have resulted in the arrest of hundreds of residents on RICO conspiracy charges. The cops call it “precision policing.” “They are charging people with laws that were designed to take on the Mafia in the 70s,” said Josmar Trujillo, of the Coalition to End Broken Windows. “That’s where the department has stared to focus in the ‘post-stop and frisk era,’ and that’s the scenario where we’re preparing to meet them head on.” The term “precision policing” is “very much an echo of the kind of overseas counter-insurgency the military” conducts, he said.

Mumia: “Lynne Stewart, Freedom Fighter, Presente”: Funeral services were held this weekend for the revered and indomitable attorney Lynne Stewart, who succumbed to breast cancer at age 77. “For decades, she and husband Ralph fought for New York’s political activists and revolutionaries, but mostly they fought for the freedom of the poor and dispossessed,” said Mumia Abu Jamal, the nation’s best known political prisoner. Stewart served four years of a ten-year federal prison sentence for vigorously defended her client. “Lynne Stewart was a people’s lawyer, beloved and respected,” said Abu Jamal. “May she ever be so.”

Mumia and Other Inmates Endangered by Tainted Prison Water: The State of Pennsylvania is intent on appealing a court ruling favorable to Mumia Abu Jamal’s demand that he and 5,000 other inmates be treated for hepatitis-C, a life-threatening, but entirely curable infection. Mumia’s condition is exacerbated by a water crisis that appears to afflict much of the prison system, as well as public schools in Philadelphia, said Sophia Williams, of the Campaign to Bring Mumia Home, in an interview with BAR producer Kyle Fraser. Abu Jamal nearly died last year from complication related to hepatitis-C. By exposing him to foul, tainted water, the authorities are “continuing their project of slowly killing him.”

Black Agenda Radio on the Progressive Radio Network is hosted by Glen Ford and Nellie Bailey. A new edition of the program airs every Monday at 11:00am ET on PRN. Length: one hour.To hear the program, Click Here

How America Ignores Its Appalling History of Racism A classic study on American race relations is the subject of a new documentary. By Alexandra Rosenmann 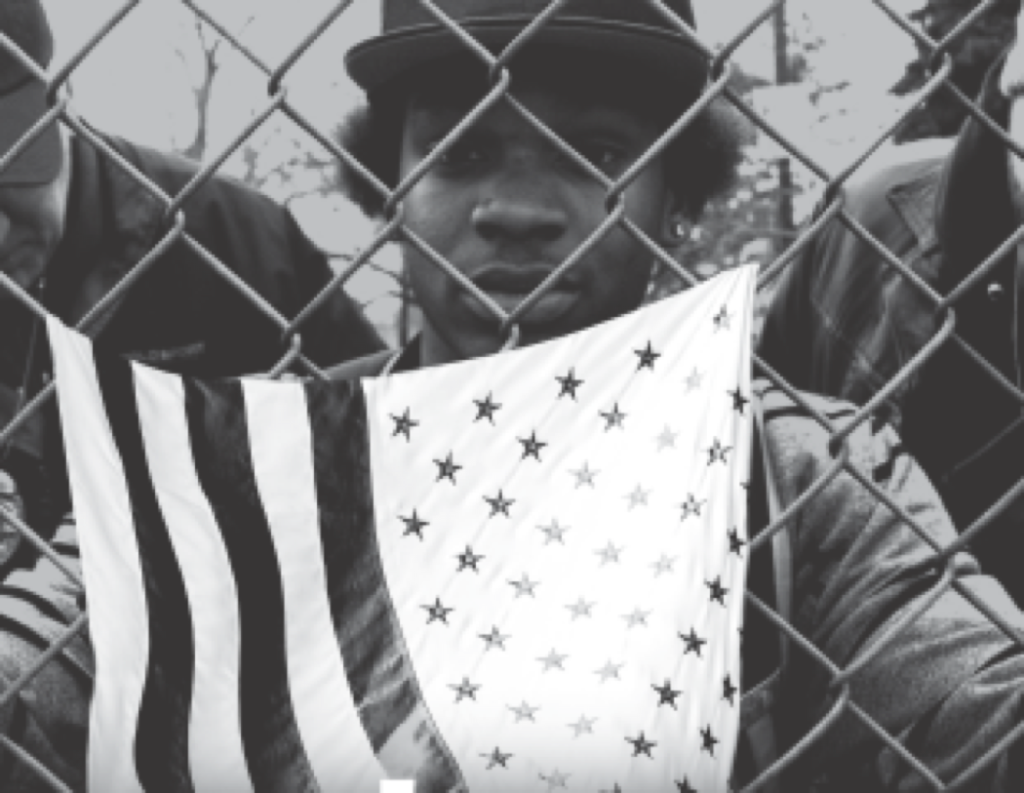 Preet Bharara: New York Times Promotes a False Narrative Bharara was recommended for his U.S. Attorney post by Senator Chuck Schumer of New York, for whom he had worked as Chief Counsel on the Senate Judiciary Committee. According to attorneys Helen Davis Chaitman and Lance Gotthoffer in their riveting book on the ties between Wall Street powerhouse JPMorgan Chase and Ponzi schemer Bernie Madoff (JPMadoff: The Unholy Alliance Between America’s Biggest Bank and America’s Biggest Crook) “Senator Schumer was a frequent visitor to Madoff in his office in New York’s Lipstick Building.” The source of this information was Madoff employees. The fact was further confirmed in a 2014 interview with Madoff by Politico’s MJ Lee, indicating that Schumer paid personal visits to Madoff  to collect campaign contributions.  Chaitman and Gotthoffer ferret out other ties to Bharara and Schumer in their book, including the following: Bharara agreed to a deferred prosecution agreement against JPMorgan Chase for their involvement in the Madoff fraud. He also allowed the family of Madoff client Jeffry Picower to keep billions of dollars that very likely grew out of the fraud.  By Pam Martens and Russ Martens 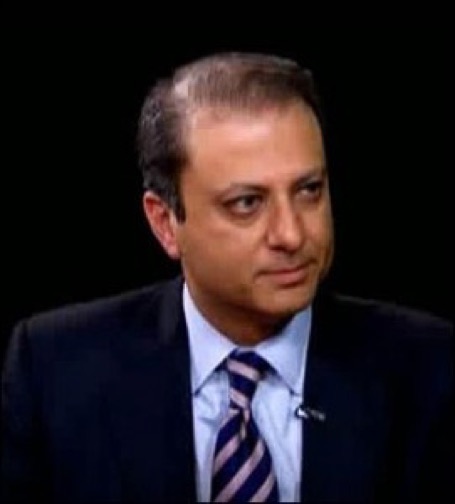 No Easy Answers — Owen Jones’s call for Corbyn to stand down won’t solve Labour’s fundamental problems — but it could be a gift to the party’s right. by Daniel Finn 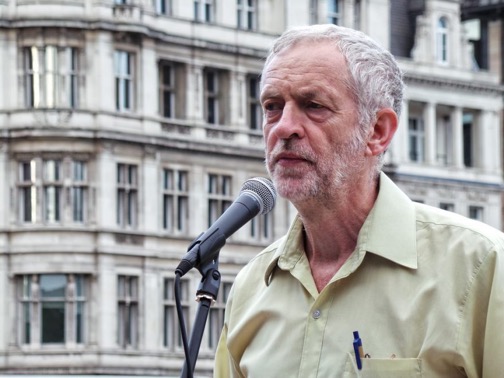 Open Letter to the People of Greece: You Are Being Slaughtered before the World’s Eyes By Peter Koenig

Dearest and Esteemed People of Greece,

You are being slaughtered right in front of the world’s eyes and nobody says beep. Least the Greek elite. Your Government. A few, but a few too many, allow the slaughter because it doesn’t concern them. They are blinded by the false glamour of the euro and of belonging to the ‘elite class’ of the noble Europeans (sic!). They apparently live well enough, including the caviar socialists of Syriza. They let their country bleed to death literally, morally, socially and psychologically. Medical care is no longer available or privatized and unaffordable. Pensions were reduced five times. They were never more than a survival kit. By now they have been slashed in some cases by over 50%. Hordes of people live on food handouts. Most social services, including to a large extent education have been sold out, privatized. Gone with a flicker. Gone, by order of Germany – and the holy troika – the criminal gang of three, IMF, European Central Bank (EIB) and the European Commission (EU); the latter a mere bunch of unelected corrupt puppets, deciding the fate of some 800 million Europeans – with YOU, the Greek people, accepting carrying the brunt end of the stick Read More 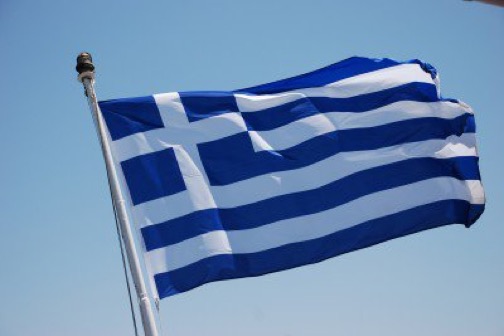 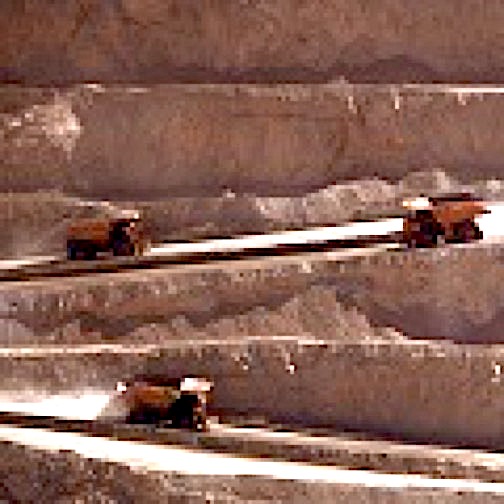 Elections and rising instability in the Netherlands  By Hans Gerd Öfinger 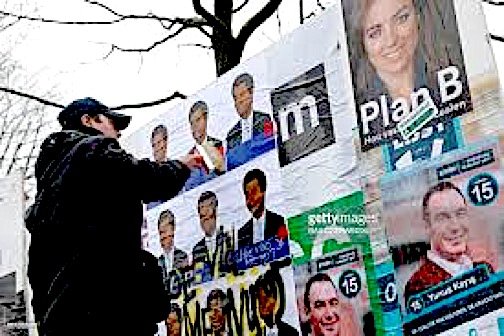