Crime and Punishment: ‘Three Strikes and You’re Out’ Targets Blacks and Poor By Roland Sheppard 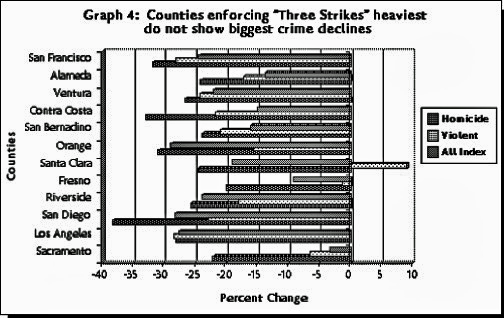 1994 Fact: Due to institutionalized racism of American society, Blacks are seven times more likely to be incarcerated than whites. The rate for whites is 289 per 100,00; the rate for African Americans is 1860 per 100,00

In the aftermath of the rebellion in South Central L.A. two years ago, there has been a massive media blitz to make “violent crime” the major issue of the day. After all the hype, polls have been taken that show crime as the “major” issue—ahead of unemployment, health, taxes, etc.

According to a recent survey by the Center for Media and Public Affairs, the three major TV networks aired more than twice as many crime stories last year than in 1992. Meanwhile the crime rate has remained virtually the same.

President Clinton and most of the political representatives of the rich have taken the proper cue and picked up the call for a “three strikes and your out” solution to the problem of crime. Both California and the state of Washington have already passed “three strikes” legislation.

The California law will face challenges in court. Most controversial are the provisions that extend the penalties to youth; many youth have been convicted without even a jury trial.

Nevertheless, according to California Gov. Pete Wilson, “There’s 30 other states who are watching closely to see how this goes.”  “Three strikes” will be the main campaign issue during the election year, as the Democrats and Republicans try to outdo each other as being the hardest on crime.

The causes of crime—i.e., unemployment, lack of education, poverty, homelessness and lack of hope—will not be addressed.  That’s because these are permanent features of capitalism in the United States and, consequently, neither the Republicans nor the Democrats have any solutions.

Since the middle 1970s, the established pattern at all levels of government has been to cut public education, social services, and welfare programs; to shift the tax burden from the capitalist class to the working class and the poor; and to increase the budget for police—with a consequent expansion in prisons and length of prison terms.

With the largest prison system in the United States, California’s state funding for incarcerating people was $300 million in 1980; by 1995 it will expand to $3 billion per year.  The prison population in California has risen 460 percent since 1977.  California’s “three strikes and you’re out” policy is expected to add 81,000 new prisoners by the year 2000.  It will cost an estimated additional $21.8 billion for prison construction during the next 30 years, with operating costs increasing up to $5.7 billion per year.

These estimates are based upon the space needed for the number of additional prisoners receiving longer sentences.  It doesn’t take into account the additional people who will be sent to prison as a consequence of the rise in poverty due to government cutbacks in education and social services.

The federal government has projected similar bills, which also presume that imprisonment is the solution to crime.  Proposed legislation will increase federal prison expenditures by $6 billion this year along.

The United States leads the world when it comes to the ratio of imprisonment for its citizens–455 prisoners per 100,000 people.  Due to the institutionalized racism of American society, Blacks are seven times more likely to be incarcerated than whites.  (The rate for whites is 289 per 100,000, and the rate for African Americans is 1860 per 100,000.)

This disparity greatly increased as the United States launched its “war on drugs,” which has accurately been called a war on the poor in general and the Black and Hispanic communities in particular.

According to the National Institute on Drug Abuse, while Blacks make up only 12 percent of those who regularly use drugs, Black men compose 38 percent of those arrested for drug convictions.

The victims of drug addiction have been targeted as “criminals.”  As a result, 60 percent of all federal prisoners have been convicted of drug charges.  This “war” has not been waged against those who bring drugs into the country or those who profit the most from drug dealing.

In fact, one of the biggest drug pushers in this country is the government.  Neither the war on drugs nor the current war on crime applies to the federal government’s own operations.

Recent revelations about Contragate and the role of the CIA in Panama and Haiti have revealed the CIA is one of the largest importers of cocaine into the United States.  It has been estimated that the CIA has imported over one ton of cocaine through Haiti in the recent period.  (One ton of cocaine would have the potential to imprison 896,000 people, since possession of one gram is worth a year in jail.)

The United States has carried out a “carrot and stick (rewards followed by repression) policy toward the Black ghettos and Hispanic barrios.

In the 1960s, government agencies used the “carrot” of the “war on poverty” in response to the inner-city rebellions.  In the meantime, the “stick” of police repression and brutality was kept ready.  Today they do not have the funds for the carrot; the new war on crime is the big stick approach to set back the gains won by the civil rights movement during the 1960s.

The “three strikes and you’re out” policy is in reality an escalation of the repression of Blacks and the poor.  In the process, a virtual police state is being established in the ghettos and barrios to prevent any organized resistance to the increased poverty that is being imposed by the present economic crisis.

It is in this context that New York City Mayor Giuliani, the newly elected “law and order” candidate, launched his war on crime with a police attack upon the Nation of Islam’s Harlem Mosque.  It was done to demonstrate that the police are trying to establish their “right” to do as they please in violation of the Bill of Rights.

Under the rubric of the “war on crime” America’s rulers are out to establish a climate in which they can move against any organization in the ghetto that opposes the real crimes of racism, police brutality unemployment, homelessness, and poverty imposed by the capitalist system. 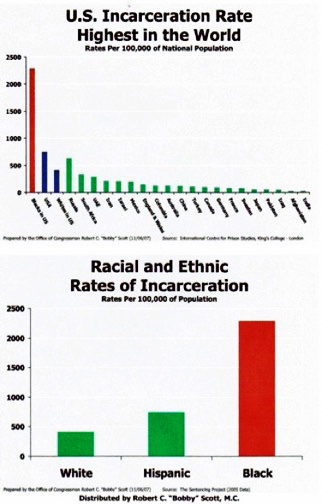