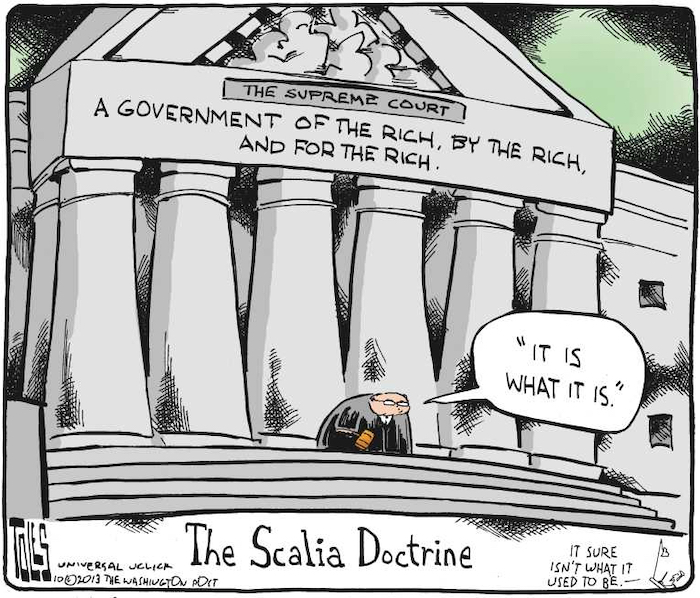 There has been a silent coup d’etat, in the United States — The Increasing Executive. Legislative, Assertions by the Supreme Court Since 2001, When It Elected George Bush President of the United States!

It really got rolling, when it made  its citizen united decision, giving the 1% the power to control elections! Hence, the obscene power of its trillions, to finance elections, and permanently deny voters a chance to vote for a minority party and or candidate! (The Media Monopoly gives equal time to the candidates who raised the most campaign funds! They don’t get to hear or become aware of other candidates for office.

The current Supreme Court has made Itself to be the governmental ‘decider’.

It decided that it has more expertise to decide covid safety regulations than OSHA!

This week it decided that it has more expertise to decide covid safety regulations than OSHA! Environmental ‘Decider in Chief’!” From The Supreme Court’s EPA Decision Could Hamper Regulators’ Ability to Protect the Public:

In her dissent, Justice Elena Kagan wrote that Congress provides overall policy outlines but relies on federal agencies with expertise to figure out the best ways to accomplish those goals.:       The court itself has no such expertise, she wrote: “Whatever else this Court may know about, it does not have a clue about how to address climate change. And let’s say the obvious: The stakes here are high. … The Court appoints itself — instead of Congress or the expert agency — the decision-maker on climate policy. I cannot think of many things morefrightening.” ( Justices Stephen Breyer and Sonia Sotomayor joined Kagan’s dissent.)

The 1%s Democrats and Republicans Exhibit ‘The Silence of the Lambs’ as the 9-member Supreme Court drops the fig leaf of  Democracy!