The Way Forward for the Working Class — Rail Workers are Leading the Way! 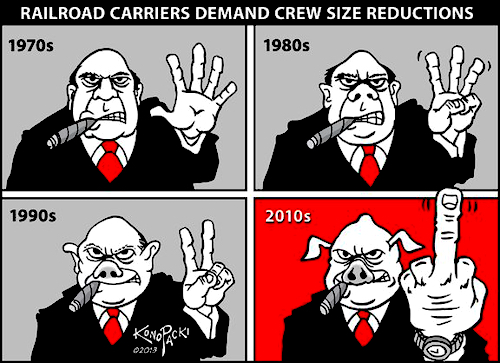 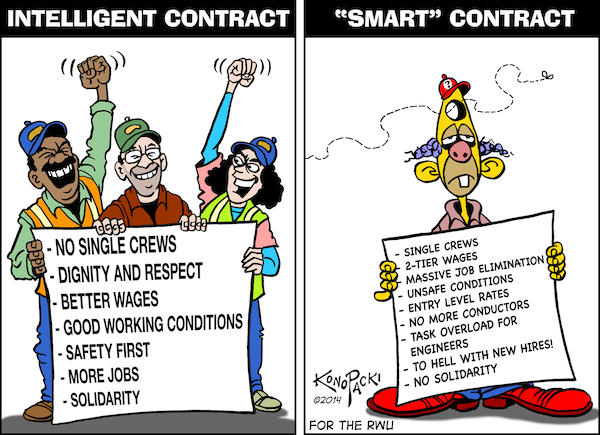 Recently. the rank and file members of the Rail Workers International Unions, have voted down labor bureaucracy/mangement/President Biden brokered contracts!.  This was accomplished, by the workers of the railroad workers’ unions, forming rank and file committees to have their own voice in the contact negotiations coordinated by The Railroad Workers Rank-and-File Committee!

This development demonstrates the way to overcome the obstacle of the labor bureaucracy’s partnership with the employers!

Due to the Labor Bureaucracy’s Declared Partnership/Collaboration  with the Boss, Real Wages Have Been Cut Over 100% Since1974! — Wages Have Not Kept Up With Inflation! Since the Neoliberal Labor Bureaucracy declared itself to be in a  (Domestic) Partnership With the Boss’ (‘Bedding the Boss!’)!   was fully institutionalized starting in the mid-1980s, this ‘partnership’ gave birth to the one, two, three, etc. .. wage tier system! Selling out the futures of future young workers entering the labor force. And, since the lowest union wage is immediately the highest non-union wage, this wage tier system cut the wages of the entire working class!   When I was a union official, I called this system labors’ rush to the bottom! It has gotten so bad that today 63% Of Americans Are Living Paycheck to Paycheck — Including Nearly Half of Six-Figure Earners

Nationally, we should form one, two, three, many rail workers’ strike committees to support the rail workers! Such committees could aid and organize to help all workers to fight for their rights, in defense of their standard of living!

The Fall of the Trade Union Movement

The Condition of the United States Working Class —  Where Do We Go From Here?

We Need to Remove Our Misleaders Now!