The Current Crisis of Capitalism and the 2016 Elections: There is No Opposition to Capitalist Class Rule — More Austerity and Police Brutality is Guaranteed!

Today, July 26, 20016, I noticed the complete demoralization if the ‘left’ as the ‘Sanders ‘Revolution’ whimpers into the Democratic Party and support for the Hilary! Counterpunch has an article by Socialist Alliance’s Kashna Sawant urging the ‘Sanders Revolution’ to support Jill Stein’s New Deal as the Green Parties Presidential candidate.

‘Socialists’ like Kashna Sawant and Bernnie Sanders have never learned that a Socialist Society is a society where Capitalism is overthrown and the majority, the working class and their allies rule. These people longer have any hope to change society, but look to reform capitalism by urging a return to the New Deal. They have forgotten the lesson of the past when Karl Marx commented on capitalist elections. He said “The oppressed are allowed once every few years to decide which particular representatives of the oppressing class are to represent and repress them.” 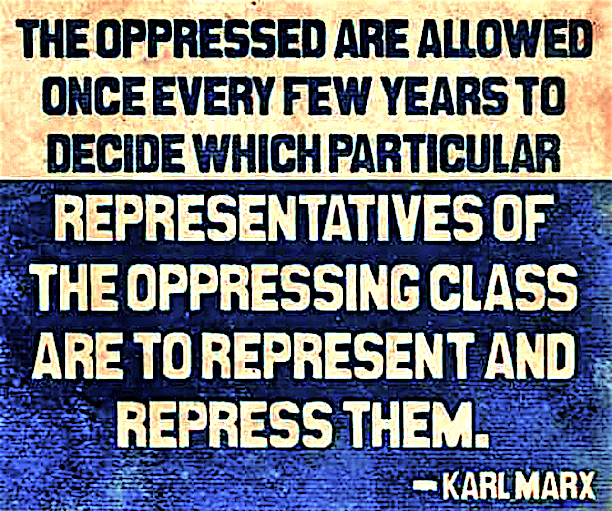 Today, in the drive for profits has lead to an ever greater divisions in socieity in the pauperization of the world as the super rich get richer and everyone else gets poorer. Now the Richest 62 people as wealthy as half of world’s population. It has never been clearer that capitalism is on a destructive course threatening the habitat for humanity.

Capitalism Does Not, and Never Has, Worked for the Masses! In Its Death Agony, Capitalism Is Traveling About The World, Like The Four Horsemen of the The Apocalypse, Spreading War, Famine, Pestilence, and Death. The very future of Humanity Is Now At stake!

In These Elections We Have No Socialists or Reprensenatives of Our Class to Vote For!

Today these misleaders are again supporting the lessor evil in the coming elections in the United States. Hoping for a more ‘humane capitalism’ as they justify their continued support for capitalism.

They ignore the current bipartisan politics and economy of capitalism — its markets, its crises, its wars, and its contamination and destruction of the environment —on a global scale. Never before has this been so plain as today.

World War II and its military deficit spending combined with the betrayals of the revolution and the world working class by the Communist and Social Democratic Parties and the trade union bureaucracies of the working class organizations, led to the recovery of capitalism from the last economic crisis brought about by the depression of the 1930s. Just as integration of the ‘American society’ was defined by Black Liberation activist, Dr. Julia Hare as the “The Illusion of Inclusion”. The New Deal resulted in “The Illusion of Inclusion” in the division of the wealth produced by society. In today’s world, this ‘trickle down theory’ has lost its illusion.

The very ‘cure’ for the last Depression has led to the present crisis.

As we enter this crisis, which French Premier François Fillon described as “the edge of the abyss”, there is no New Deal solution for capitalism — it cannot longer afford The New Deal.

The only solution for capitalism, to maintain its power, is the worldwide application of the Iron Heel, to stop any opposition as described by Jack London in his book, The Iron Heel. Our ‘misleaders’ have not opposed the political reality that austerity is now being enforced through the terrorism police by the ruling class to overthrow the gains that remain from the civil rights movement. Austerity. The iron heal of capitalism in the Black Community will soon be used against the working class and all of the oppressed.

These ‘leftists’ do not see or understand the class difference between the Sanders and Stine campaign in England.

The Jeremy Corbyn Campaign in England reminds me of the words of Martin Luther King:

On Page 602, A Testament of Hope: the essential writings and speeches of Martin Luther: Martin Luther King stated the course that he was planning to take in the fight for economic equality:

The Emergence of social initiatives by a revitalized labor movement would be taking place as Negros are placing economic issues on the highest agenda. The coalition of an energized section of labor, Negroes, unemployed, and welfare recipients may be the source of power that reshapes economic relationships and ushers in a breakthrough to a new level of social reform.. . . He continues on Page 631: There is nothing except shortsightedness to prevent us from guaranteeing an annual minimum — and livable — income for every American family. There is nothing but a lack of social vision to prevent us from paying an adequate wage to every American citizen whether he be a hospital worker, laundry worker, maid, or day laborer. There is nothing, except a tragic death wish, to prevent us from reordering our priorities, so that the pursuit of peaces will take precedence over the pursuit of war. There is nothing to keep us from remolding a recalcitrant status quo with bruised hands until we have fashioned it into a true brotherhood. . . .

In this country we must reject all support to capitalist politics and attempts to make austerity  ‘humane’.

Welcome to “Weapons R Us.” — The Staggering, Semi-Secret, $70 Billion Annual U.S. Global Arms Business When American firms dominate a global market worth more than $70 billion a year, you’d expect to hear about it.  Not so with the global arms trade.  It’s good for one or two stories a year in the mainstream media, usually when the annual statistics on the state of the business come out. By William Hartung / TomDispatch 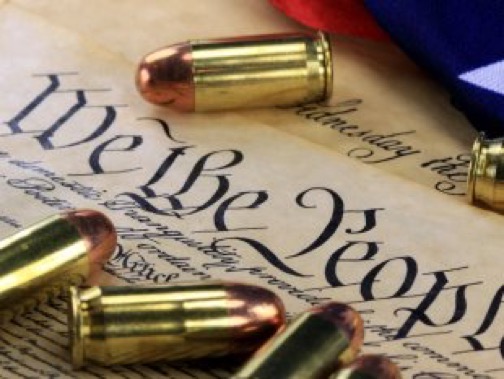 The World and Me Eternal “Wartime” in America By Tom Engelhardt 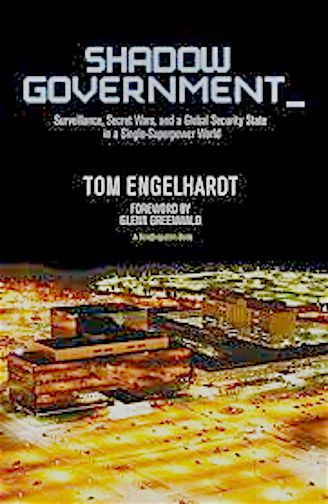 Environment:The Hired Gun: Jerry Brown Snags Bruce Babbitt as New Point Man For Delta Tunnels: Governor Jerry Brown has enlisted Bruce Babbitt, the former Secretary of Interior under the Clinton administration and former Governor of Arizona, to serve as a “special advisor” to the Brown administration on California WaterFix, the new name for the Delta Tunnels, and other Sacramento-San Joaquin Delta matters. by Dan Bacher 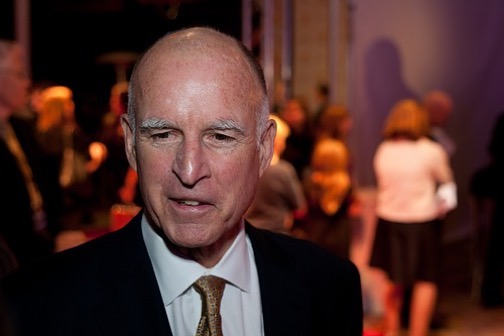 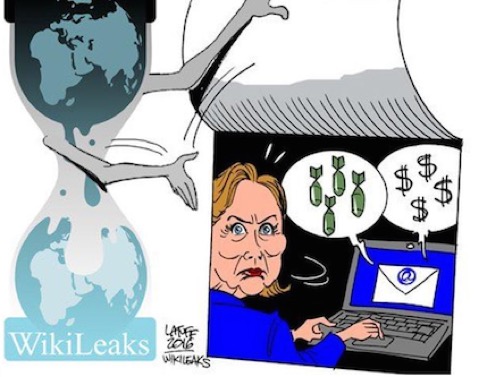 Emails released by Wikileaks show the Democratic Party corrupted its own primary process to elect Hillary Clinton – a politician who “has nothing to offer aside from not being Donald Trump.” The DNC deployed a full array of dirty tricks against Bernie Sanders, with the help of corporate media. The duopoly system must be dismantled. “The task of leftists is to work towards the establishment of a party that represents the interests of working people.” 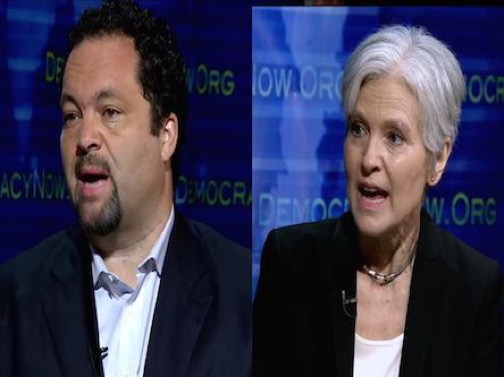 Former NAACP chief Ben Jealous couldn’t wait to get back in the good graces of Democratic Party corporate power. Released from allegiance to Bernie Sanders, he joyously endorsed Hillary Clinton and slandered the Green Party’s Jill Stein as aiding the “fascist” Donald Trump.  But, “Ben Jealous doesn’t know what a fascist is, and could care less; he only knows that his job is to keep Black people inside Hillary Clinton’s big corporate tent.” 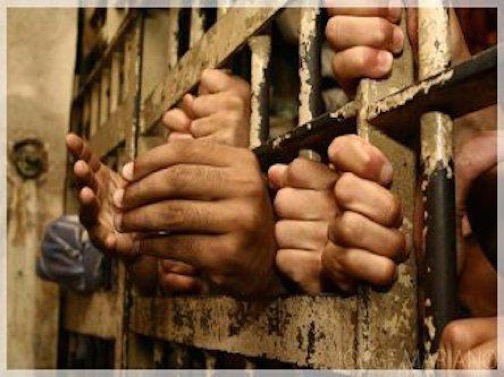 In the final analysis, the nation’s First Black President has been a “great protector and arbiter of the racist state.” Not only has Barack Obama refused to indict killer cops, he won’t even compel the cops to keep track of who they kill. “Obama only began to pay attention when the movement for Black Lives forced policing and prisons into the national spotlight.”

Indeed, Western Civilization is in a War by Gerald A. Perreira 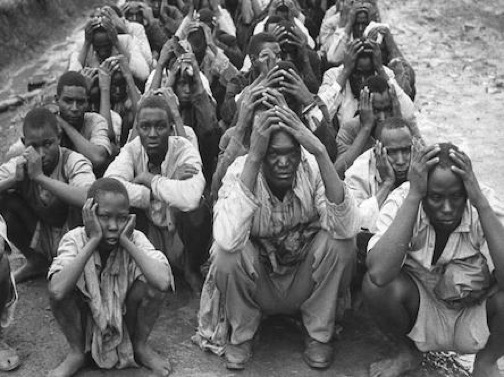 Warlords re always looking for bogeymen “to distract us from the real enemy – themselves.” For half a millennium, the warlords of the North Atlantic Tribes accused the rest of the world of barbarism so bestial, it could only be tamed through genocide, slavery and constant warfare. Today, they portray Vladimir Putin as the new threat to peace. But, in truth, “no civilization on Earth has waged war more relentlessly than Western Civilization.”

Rwanda, the Clinton Dynasty, and the Case of Dr. Léopold Munyakazi by Ann Garrison 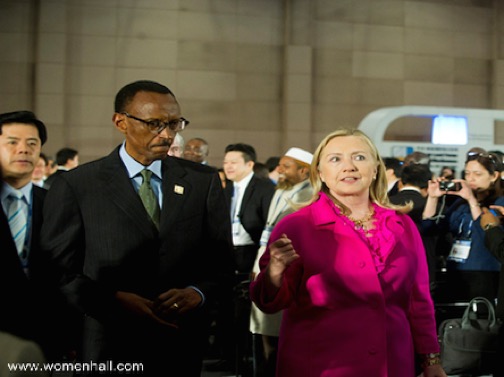 Three U.S. presidents – Clinton, Bush and Obama – have honored their alliance with Paul Kagame, one of the world’s premier war criminals, by dutifully deporting his critics to imprisonment, or worse, in Rwanda. Dr. Léopold Munyakaz awaits this same fate for describing the Rwandan conflict as a class struggle, not a genocide, thus undermining the “ideological foundation of U.S. ‘humanitarian’ war ideology.”

Britain’s Scramble for Africa: The New Colonialism by Colin Todhunter 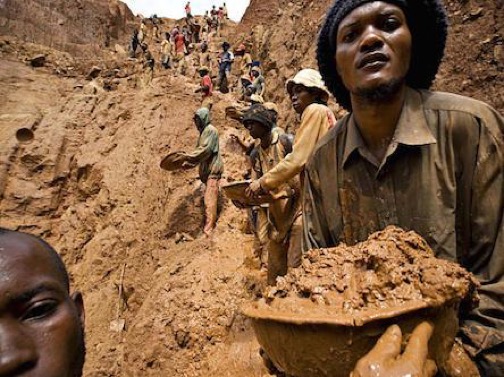 Britain’s colonial empire may have passed into history, but the UK’s neocolonial grip strangles much of African, devouring the continent’s resources and leaving little of the profits behind. Most African countries are not even stakeholders in the companies that mine their land. “UK companies must be held responsible for their behavior in Africa and that the UK government must be held accountable for its complicity in the plunder.”

Interns Are Exploited and Discriminated Against: Instead of “hiring” a new employee, you “hire” an intern, someone who so desperately wants to work for your company that they are willing to waive an actual starting salary, forego a clearly defined position on the progression ladder, and relinquish access to many of the rights and privileges afforded an authentic “employee” under state and federal labor law—all in the name of being given the opportunity to “learn the business from the bottom up.” by David Macaray

Reading guide: Marxism and the European Union: The European debt crisis of 2009 marks a decisive turning point in the history of European capitalism. Across the continent, the economic, diplomatic and political situation is characterised by uncertainty, instability and collapse. Everywhere, contradictions which had built up under the surface for decades have exploded onto the scene. By In Defence of Marxism 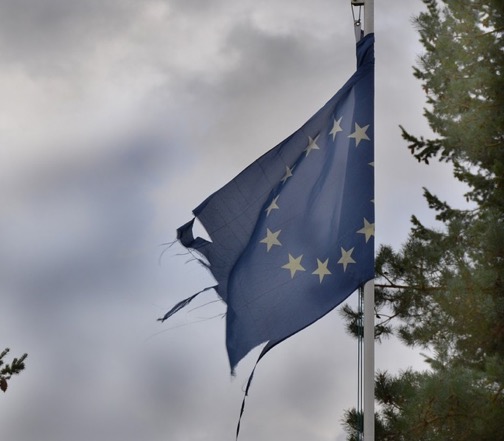