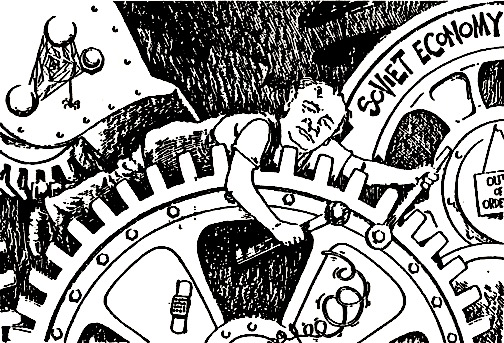 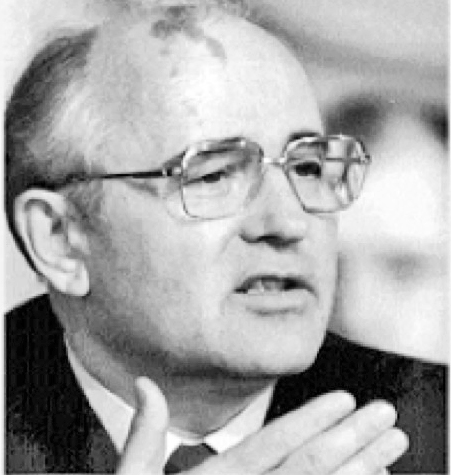 The recent conference of the Communist Party of the Soviet Union (CPSU) was designed to codify Mikhail Gorbachev’s glasnost (openness) and perestroika (economic restructuring) programs.

The June 28 to July 1 meeting of close to 5000 delegates was the First delegated party conference since 1941. When Gorbachev first proposed the conference in January 1987, his goal was to go over the head of the CPSU’s Central Committee in his effort to block opposition to his “reform” program.

But in the weeks leading up to the conference, it became clear that the “hardline” wing in the party leadership headed by Yegor Ligachev was determined to use its role in the party apparatus to prevent Gorbachev’s supporters from being elected delegates.

Many of Gorbachev’s closest friends and allies, such as Yuri Afanasyev, the chief anti-Stalinist historian, were to get elected. This led to a momentary rift in the bureaucracy which the Soviet masses were able to take advantage of to express their own independent demands.

For example, in the Siberian city of Omsk, 8000 people assembled at the initiative of pro-Gorbachev party members to protest the selection of delegates to the party conference. In Sakhalin, Kuybyshev, and Yaroslavl similar mass demonstrations took place.

But in a few instances, the rallies did more than demand the annulment of the mandates of the “hard-line” delegates. They also called for the removal of unpopular party officials, the legalization of independent unions and political organizations, and an end to the monopoly on political power by the ruling party. These demands, which hit at the very heart of bureaucratic rule, went far beyond the intentions of the Gorbachev reformers.

These rallies confirmed the fears of the bureaucrats who oppose glasnost on the grounds that the workers will seize the democratic openings and push them beyond the limits set by Gorbachev.

At the conference itself, the inter-bureaucratic contradictions and squabbles also surfaced. Politburo members were criticized from the floor, and for the first time since the early years of the Russian Revolution there were split votes on the conference resolutions.

But it would be extremely shortsighted to think that the party conference reflected the new “socialist renewal” which, according to Gorbachev’s fellow travelers, is supposedly sweeping the Soviet Union.

The severe limits on democracy were immediately apparent. Criticism of the past was tolerated by Gorbachev, but criticism of the present that goes beyond the limits set by the ruling bureaucracy was shunned

This was evident in the “debate” between Boris Yeltsin, the former Moscow party chief, and Yegor Ligachev. Even though Yeltsin was allowed to present his views, his demotion in the party was upheld. Yeltsin’s differences with Ligachev are not ones of political principle. Both uphold the basic institutions of bureaucratic rule. If, however,  Yeltsin  had  defended the democratic rights of the workers to control and manage the production and distribution of goods—or if he had defended the Leninist principle of self-determination for the Armenians in Nagorno-Karabakh—his fate would most likely have been similar to that of Paruir Airikyan, the Armenian dissident who was stripped of his citizenship and expelled from the Soviet Union.

The conference was called to reorganize the ruling Communist Party bureaucracy to adjust it to the developing political unrest of the workers and masses of the Soviet Union. A central aim of the conference was to gain support for the new economic policies introduced by Gorbachev. To accomplish this task, the party leadership found it necessary to grant a limited and tightly controlled democratic opening to the Soviet people.

Following the examples of China and the Eastern European workers’ states, the Soviet leaders are trying to revive the Soviet economy by making profitable offerings to world capitalism This has entailed allowing the development of private enterprise in the Soviet Union and the use of capitalist “incentives” such as piecework, inflation, and unemployment to increase the productivity of the Soviet workers and farmers.

The Soviet bureaucracy is hoping that the current weakness of the world capitalist system, together with guarantees for repatriating large profits, will encourage the imperialists to risk investing in the Soviet economy. Gorbachev is gambling that his new economic policies will increase the production of consumer goods to quiet the discontent of the masses.

In his conclusion to the party conference, Gorbachev warned that “there is no alternative to perestroika .” He also called for “serious critical analysis to work out the policy of perestroika  and later to transform it into practical decisions on the main directions.”

What Gorbachev means by “serious  critical analysis” has been spelled out in numerous recent articles in Novy Mir, the Soviet Union’s leading political and literary journal. These articles contend that the centralized planned economy is the basis for the  bureaucratic  mismanagement of society—not the bureaucracy itself. The articles call for the introduction of a Soviet market economy.

In a recent article in Novy Mir, one author, Vasily Selyunin, goes so far as to criticize Lenin for abolishing private property (San Francisco Chronicle, June 7 1988). The author also accuses Lenin of laying the basis for the forced labor camps under Stalin, though he praises Lenin’s flexibility in promoting the New Economic Policy (NEP) of the early 1920s. (During the NEP, the Bolsheviks leaders allowed the introduction of limited capitalist market mechanisms to revive a war-torn economy.)

The reference to the NEP is, of course, used by the pro-Gorbachev intellectuals to justify the present economic policies and to give them Lenin’s stamp of approval. But Selyunin ignores the fact that the workers’ and peasants’ “soviets”—or councils—under Lenin were the pillars of the most democratic form of government in the history of the world.

Selyunin also overlooks the defeat of the revolution in Germany and the poverty—caused by the civil war and the invasion by thirteen capitalist countries, including the United States—which forced the retreat to the NEP and laid the material basis for the eventual rise of Stalin.

Stalin had “red professors” to justify himself as the continuator of Lenin. Now Gorbachev has his own “red professors” for the same purpose. In fact, the present policies more accurately reflect the views advocated by Nikolai Bukharin in the late 1920s. Bukharin’s recent rehabilitation is a reflection of the rehabilitation of his economic policies.

An organ of the bourgeoisie

An accurate description of the Soviet bureaucracy was written by Leon Trotsky in “The Death Agony of Capitalism and the Tasks of the Fourth International” exactly 50 years ago. Trotsky wrote:

The Soviet Union emerged from the October Revolution as a workers’ state. State  ownership  of  the  means  of production, a necessary prerequisite to socialist development, opened up the possibility of a rapid growth of the productive forces. But the apparatus of the workers’ state underwent a complete degeneration at the same time: It was transformed from a weapon of the working class into a weapon of bureaucratic violence against the working class and more and more a weapon for the sabotage of the country’s economy.

. . . The bureaucratization of a backward and isolated workers’ state and the transformation of the bureaucracy into an all- powerful privileged cast constitute the most convincing refutation—not only theoretically but this time practically—of the theory of socialism in one country.

The USSR thus embodies terrific contradictions. But it still remains a degenerated workers’ state. Such is the social diagnosis. The political prognosis  has an alternative character: Either the bureaucracy, becoming ever more the organ  of the world bourgeoisie in the workers’ state, will overthrow the new forms of property and plunge the country back to capitalism; or the working class will crush the bureaucracy and open the way to socialism. . . .

In  China,  similar  reforms  have progressed to the point where illegal private banks have been allowed to exist, where special capitalist economic zones have been established, and where corporations’ formed by the government in Hong Kong have been given over to the sons and daughters of the Chinese bureaucracy.

From Eastern Europe to China, the workers’ states have been allowing the penetration of capitalism. In so doing, they have introduced unemployment, inflation, and more anarchy in industrial planning.

Austerity in Poland, demanded by the capitalist banks, gave rise to Solidarnosc. The development of Solidarnosc, although not yet victorious, confirms the prediction by Trotsky of the working class rising up against the political and economic policies of the bureaucracy. The present course by Gorbachev and others will provoke “two, three, many Solidarnoscs”—even in the Soviet Union.

This is a society where soviets (regional and factory committees), modeled after the soviets of Lenin’s and Trotsky’s time, will democratically determine the economic policies and democratically distribute what is produced.

Socialization of the distribution of goods is the greatest incentive for increasing productivity, as the working masses have a direct and immediate return from the investment of their labor. The original Soviet Union was also based on democratic Soviet republics, which recognized the right  to  self-determination  of  all nationalities. The current demands of the Armenians in Nagorno-Karabakh should be supported according to this principle. The programmatic reply to perestroika  was best put forward by Trotsky in the “The Death Agony of Capitalism and the Tasks of the Fourth International.” He wrote:

A fresh upsurge of the revolution in the USSR will undoubtedly begin under the banner of the struggle against social inequality and political oppression. Down with the privileges of the bureaucracy! Down with Stakhanovism (piece work)! Down with Soviet aristocracy and its rank and orders! Greater equality of wages and for all forms of labor!

The struggle for the freedom of the trade unions and the factory committees, for the right of assembly and freedom of the press, will unfold for the regeneration and development of Soviet democracy.

The bureaucracy replaced the soviets as class organs with the fiction of universal electoral rights—in the style of Hitler-Goebbels. It is necessary to return to the soviets not only in their free democratic form but also their class content. As once the bourgeoisie and Kulaks were not permitted to enter the soviets, so now it is necessary to drive the bureaucracy and the new aristocracy out of the soviets. In the soviets there is room only for representatives of the workers, rank-and-file collective farmers, peasants, and Red Army men.

Democratization of the soviets is impossible without legalization of soviet parties. The workers and peasants themselves by their own free vote will indicate what parties they recognize as soviet parties.

A revision of the planned economy from top to bottom in the interests of producers and consumers! Factory committees should be returned the right to control production. A democratically organized consumers’ cooperative should control the quality and price of products.

Reorganization of the collective farms in accordance with the will and in the interests of workers there engaged!”

There is now talk in the Soviet Union of rehabilitating Leon  Trotsky. The bureaucracy may finally acknowledge that Trotsky existed, but it will never rehabilitate the soviet form of 1917, which is the only true rehabilitation that can occur.

This will only occur when the soviet workers themselves remove the bureaucracy and regain control of the workers’ state.