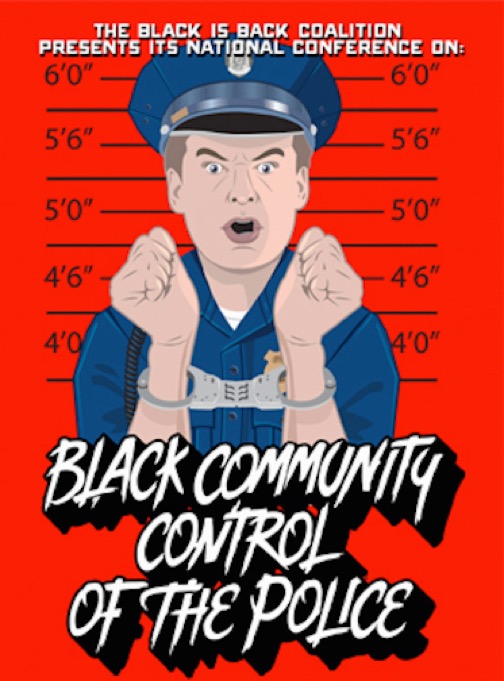 No Justice, No Peace, Without Black Community Control of Police

The recent increase of this police terrorism is a direct result of the current worldwide crisis of capitalism. Both the 1% political parties, understand that there is no ‘New Deal’ way out of this capitalist crisis. That the ruling class must apply the Iron Heel throughout the world to create a ‘New World Order’.

The Iron Heel is now coming home to roost in the Black Community, in preparation for it’s application to 99% of the citizens of the United States. For, in order for capitalism to maintain control, it must attack the rights of the entire 99% in order to carry through the 1%’s political program for ‘austerity’. Thus, the bells that are now tolling in the Black Community are really also tolling for the 99%.

When the Baltimore Orioles COO John Angelos states that:

The innocent working families of all backgrounds whose lives and dreams have been cut short by excessive violence, surveillance, and other abuses of the Bill of Rights by government pay the true price, and ultimate price, and one that far exceeds the importances of any kids’ game played tonight, or ever, at Camden Yards. We need to keep in mind people are suffering and dying around the U.S., and while we are thankful no one was injured at Camden Yards, there is a far bigger picture for poor Americans in Baltimore and everywhere who don’t have jobs and are losing economic civil and legal rights, and this makes inconvenience at a ballgame irrelevant in light of the needless suffering government is inflicting upon ordinary Americans.

Community Control immediately raises the question of how to organize that control.

The Montgomery Bus Boycott was an example of how to democratically organize the control of the Black Community. The 1955-1956 Montgomery Bus Boycott was controlled by the Black Community through the democratically organized Montgomery Improvement Association (MIA) had regular weekly mass meetings of thousands to decide the strategy and tactics of the movement. The people, in the struggle, had the control and the final say — not the leaders from on high. This helped to insured the power of the movement, for the masses saw the MIA as their organization and were committed, by their votes, to implement their decisions. The tactics of both mass civil disobedience (the boycott) and self-defense by the MIA was key to the success of the struggle.