An Example of the Degeneration of Capitalism 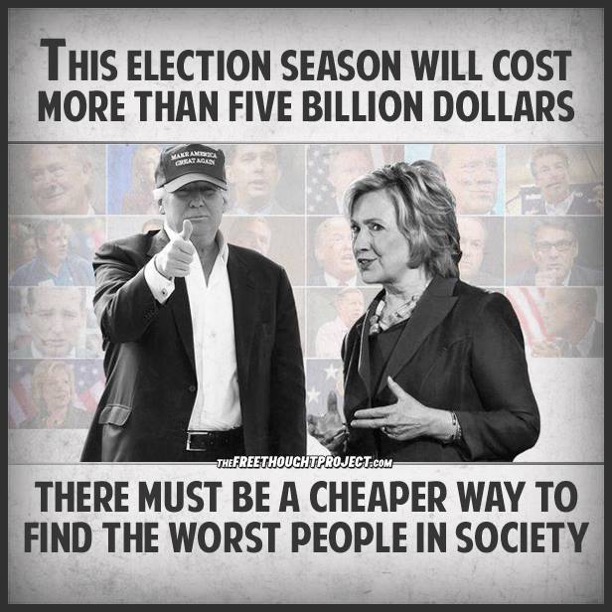 Why are the treaties so violated, still? Isn’t it all about private property, oil profits, indifference to the environment, inevitable state support to the biggest property-owners—that is to say, isn’t it all about the system itself? Which we all, in our different ways, oppose?  It was beautiful to see in Cannon Ball, North Dakota, the largest gatherings in recent times of representatives of native peoples from many tribes, and many allies from many places and movements, in defense of their rights. As it happens, the movement to stop DAPL dovetails with the bourgeoning Black Lives Matter Movement and the networks formed out of Occupy Wall Street and the disillusioned Bernie campaign. Young people of all ethnic backgrounds are realizing that capitalism and imperialism suck, and that the shameful history of slavery and racism needs to be recognized and repudiated.  Add to this the realization that Native Americans are rallying against Big Oil and in so doing benefiting all of us. And then imagine an anti-war, anti-Hillary movement that channels the energies of these several movements for economic justice, racial justice and native rights into a revolutionary movement focused on the real problem of imperialism itself, which the new president will likely personify. —  Standing Rock and Imperialism Itself

The Elephant in the Room is Climate Change

Whoever wins the US presidential election, we’ve entered a post-truth world – there’s no going back now How did we come to a mass state of altered consciousness, as foreseen by George Orwell? And how did we come to it so quickly? By Matthew Norman

Doomsday Election This is what it must feel like to be on Death Row, to be waiting for the moment when the iron door clangs open for the last time and four burly guards escort you arm-in-arm to the room where your life will be extinguished. That same sense of dread hangs over the presidential election of 2016. No one is happy about the election and no one anticipates better days ahead. America’s ‘glory days” appear to be in the rearview mirror while the steady downward slide seems to be gaining pace. This year’s presidential campaign has brought all the anger, anxiety and frustration bubbling to the surface. Nerves are raw, people are on edge, and the trepidation is so thick you could cut it with a knife. All the recent surveys tell the same story: Americans are sick of the mudslinging, sick of the scandals, sick of the recriminations, sick of the two party duopoly, and sick of the two candidates, the two most distrusted and reviled candidates in the country’s 230 year history by Mike Whitney

“Freedom isn’t Free” in the Land of the Delusional & the Home of the Duped Defending our country’s freedoms.  What freedoms, I wondered?  Freedom to pursue a policy of missionary nationalism that has resulted in the death, injury and dislocation of millions of people around the globe and the destruction of their societies, e.g., Iraq?  Freedom to declare war on other countries based on lies and deceit for no other reason than the US can, i.e., because “We’re an empire now, and when we act, we create our own reality,” in the words of Karl Rove, President George W. Bush’s deputy chief of staff?  It seems as if the compulsion to destabilize, overthrow, invade and occupy (and “re-invade”), to hell with the obscene human and financial cost, has become a part of the nation’s political DNA that transcends conventional labels. by Mark Ashwill 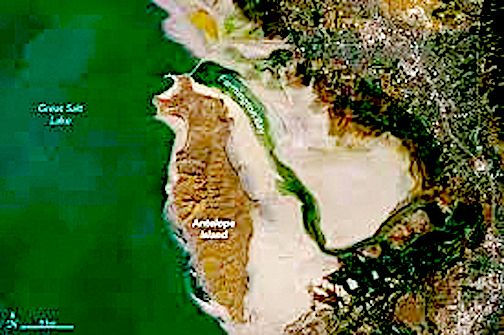 Lake Mead reaches a record low Lake Mead – largest U.S. reservoir, as measured by water capacity – has reached a record low. Space images from 2016 and 1984 show its highs and lows. By Deborah Byrd 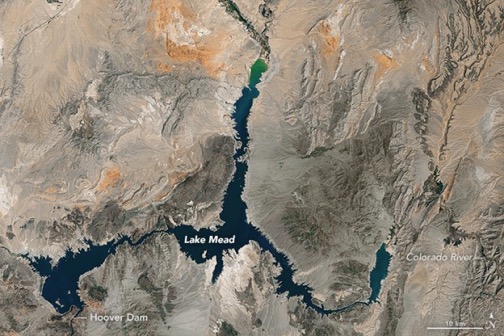 Standing Rock and Imperialism Itself by Gary Leupp 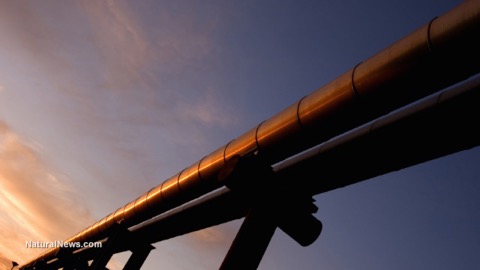 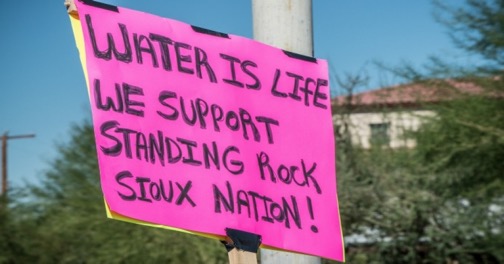 In Blow to Enbridge, Canada to Ban Oil Tankers Off Northern B.C. Coast Moratorium on oil tanker traffic off British Columbia’s North Coast could be last nail in coffin for Northern Gateway Pipeline by Nika Knight 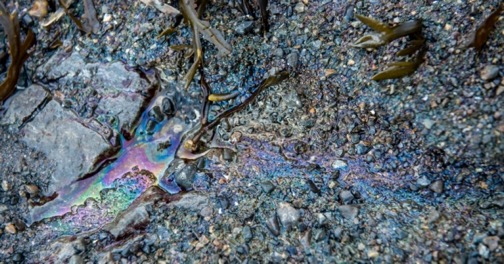 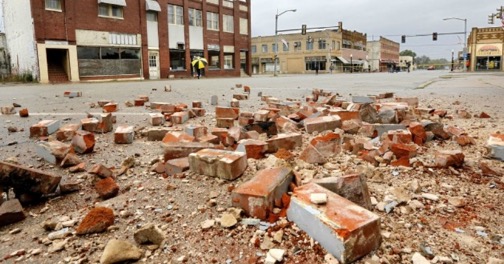 Chicago Cops Sodomized Black Man with a Screwdriver and Lied Under Oath — So Why Did They Get to Keep Their Jobs? By Brianna Cox 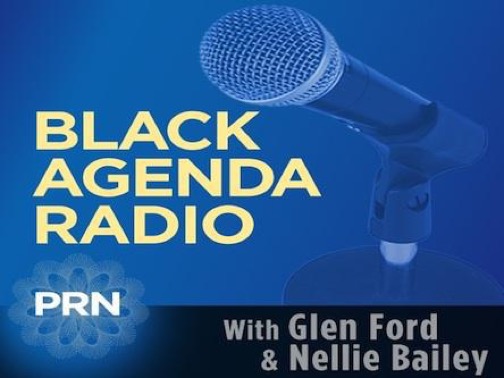 Hi-Tech Production in the Service of Humanity in Mississippi: Renaissance Jackson, the organization that briefly won the mayor’s office in predominantly Black Jackson, Mississippi, has launched a campaign to purchase a coding and programming capacity and a 3-D fabrication facility. They call it “Fab Lab.” This technology, “if it is democratically controlled, could actually serve humanity,” said Cooperation Jackson spokesman Kali Akuno. These kinds of projects are crucial, “first and foremost, to satisfy some of the basic needs of our community, and — on a deeper level — to really put this means of production directly in our community’s hands.” High tech is “one of these areas of the so-called ‘digital divide’ that Black people have been sorely and strategically absent from,” said Akuno. “So, we are doing it for ourselves.”

Obamacare “Imploding and Beyond Repair”: The current wave of insurance rate hikes and medical service cutbacks is the predictable result of an Affordable Care Act (ACA) that “was pretty much a gift to the health insurance industry” when Congress passed it, in 2010, said Dr. John Geyman, professor emeritus of family medicine at the University of Washington School of Medicine, in Seattle. ACA “was never designed for affordability — it’s a misnomer in the name of the bill,” he said. Obamacare is “imploding and beyond repair,” and unsustainable. “Tweeks cannot work in the long term. The main fight should be for what will save money and give universal coverage to everyone: namely, single payer national health insurance.” Dr. Geyman said single payer healthcare could save $500 billion a year — about the same as the entire U.S. “defense” budget.

The Fight for Education for Liberation in Detroit: At a “Community Conversation on the Crisis in the Schools,” Detroit activists, educators and parents gathered to address the question: “Who Created the School Crisis, and How are We Responding to it?” Among those wrestling with the issue was Dr. Thomas Pedroni, professor of Curriculum Studies at Wayne State University. He said the decline began with the state takeover of schools in the 1990s, and worsened dramatically after the imposition of state-appointed “emergency managers.” “School could be one of the most meaningful places for our communities, but instead, it’s deadened,” Dr. Pedroni told the crowd at the Charles H. Wright Museum of African American History. “But, we’re going to fight to get back to the place where we have culturally relevant curriculum, not just producing a test score but to develop people who are self-empowered and who know how to fight for their community.”

Venezuela Weathering Financial Storm, Despite Disinformation Campaign: “I challenge you to find one item of news that is positive to Venezuela in these last 16 or 17 years,” said Maria Paez Victor, a Venezuelan-born sociologist living in Toronto, Canada, and author of an article titled “Hating Venezuela.” Ms. Victor said the United States and its rightwing allies in Venezuela have kept up a non-stop disinformation campaign ever since the late Hugo Chavez and his Socialist Party were democratically elected in 1998. A crisis triggered by the collapse of world oil prices allowed the opposition to capture the legislature, last year, but Victor says the government is coping. “Venezuela has managed to weather a terrible financial situation, but this is bad news for corporate capitalism and for the United States, because they want Venezuela to be controlled by their lackies.” 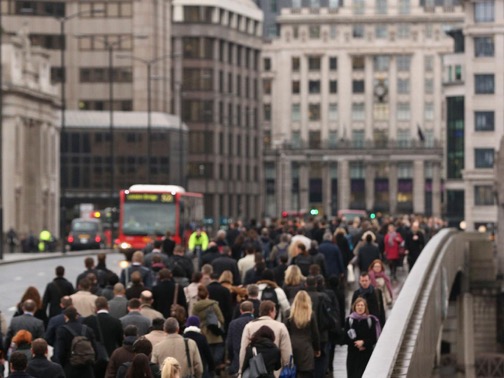 The Truth about Stalin – a Reply to the Morning Star On Monday 17 October, the Morning Star (Stalinist Newspaper) published a review of the new edition of Trotsky’s biography of Stalin written by Andrew Murray. While admitting that “this book has literary and historical merit,” Murray states that “it has much less as an actual biography of Stalin”. How does he justify these claims? by Alan Woods 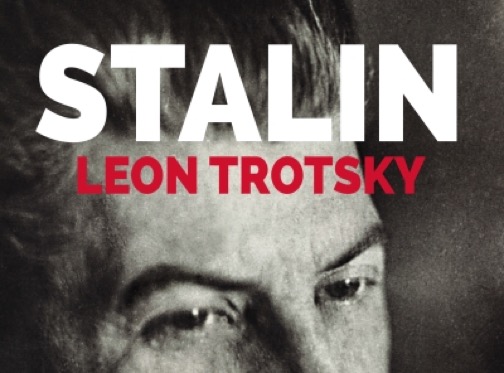